"Frankee,  when this Nathan guy asked you to marry him, you said yes? "

"My goodness, of course not.  He gave paid the rent once  when we couldn't pay the rent."

"Mark, Nate said his lawyers could dissolve the marriage. They'll open  "Haunted Moments" at the Longacre Theater-- the Bijou is too small."

"Frankee --you're referring to the sound effects choreographic new work  that'll  make us big names in the dance world?"

I didn't promise --I  said there might be a part  for his ex wife."

Frankee how long have you known his guy?

He  gave me a ring after I did FALSE LADY in a showcase...(Trudy Goth's showcase) I gave it to  MOM...she says its a small nice real diamond.

"Frankee, when this Nathan guy aked you to marry him, you said yes? "

"My goodness, of course not.  He  paid the rent once  when we couldn't pay the rent."

"Mark, Nate said his lawyers could dissolve the marriage. They'll open  "Haunted Moments" at the Longacre  Theater -- the Bijou is too small."

"Frankee --you mean the choreography to sound effects --your  new work  that'll  make us big names in the dance world?"

I didn't promise --I  just said there might be a part  for his ex wife."

Frankee how long have you known his guy>?

He  gave me a ring after I did FALSE LADY in  a showcase... (Trudy goth's showcase) I gave it to  MOM. She says its a small but very nice, genuine diamond.

WHO IS THE REALLY ME THAT FRANKEE WANTS TO BE ? 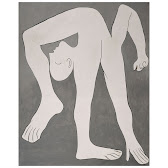 FRANKEE, ENTERING THE BACKSTAGE AREA WAS patting he SWEAT ON HER NECK.
"Why a I here tonight--its too hot--flowers  every where, buds on the bushes--its overwhelming me .\tjeremust be twenty thouand peoplel fstill in theirseats ,
entering the  area, the star of the show was k, pattimg with  patting himself with awashcloth  grinned at her. " I must haesigned 1000 autograph books beofre I could get outof my dressing room    "my oh my that's a pretty yelow dreass your wearing.."

He pointed to his eheek.ng? isitbleeding  I think I cut myself when I was shaving .

theydiscussed food --an error someopne made, one o the extra and teh opeing number that Mark ha been fiing. Onof the exxtras had suggested that she  and 3 others could do mo32 fouettes--a giggle creative chit chat esued , whie frankee ,standing ext tothestar tilteded her head studying the wound on hi cheek....

EVER DRIVE THE pLYMOUTH

FRANKIE NODDED UT SHE COULDN STOP THINKING ABOUT HIS SKIN AND THE WAY HE TILTE HIS HEADS TI SHIW  HER THE SALLCUT,,,TO HERSEF THINKG SURELY THIS STAR HAS A GRLFREND ,,OES SHE KNOW iM HERE, i WONDER IF TEHRE;SSOMENE WAIING FR HI t the to of the him..

THE BOX OFCE MANAGER BARGED IN waving a whie eelop

THE THICK LINEN EXPENSIVE ENVELOPE TOLD FRANKEE AND MARK IT WAS IMPORTANT.

'Mark, i read read the first page, tand the secodn --you read them hen read the second. We've received a very prestigious invitation--the Annual Arts Festival 'du  Spoleto has asked me to perform--they sent me a script. It's a famous quote from writer James Agee. I'll read you my script. (Frankee ennunciated the words like an actress.) "We are talking now of  summer evenings in Knoxville Teneessee, 1915, the time I lived there so successfully disguised to myself as a child."

"Sounds like a big break for you, Mrs. Ryder," the Star said, as heRE ENTEED  entered the backstage area.

Frankee flattered that Mr. Chucky knew she was married. "Yep!  My first acting credit. It's a little scary--I stand up on the arms an old Rocking Chair  and reach up, up--up to the Gods above...when the chair arrives maybe you'll see me rehearsing it."

I will. And You'll  be watching  me do cartwheels in the show tonight--that's scary--your husband's certainly made the opening number more spectactular!" successive cartwheels  with a stage fille with 8 extra dancers ??

Mark Ryder said, "W\hen the outdrama closes end of the summer, maybe you can see Frankee acting and dancing in in Spoleto."  (if we can getthe management to get us tickets  for the travel and front row seasts for the show. got tickets for the show. ere