The fires, dust storms, those scary dark funnel clouds, all the pictures, the scarier clouds, visions of yet another area devastated -- do we need the statistics? We know that number of fires, storms, floods, earthquakes, tsunamis, is larger than ever.

Is all this bad stuff God's way of handling, cutting down the world's exploding population?

I've written about that. I wrote "Disappearing Island," 4/2/10). And I wrote "Weather" 1/22/11 You can click and see what was on my mind back then, but now those posts seem childish. We need to do something, but HOW? -- doing anything costs money, and nothing is happening, can happen, while Congress is focused the way it is focused on the "debt ceiling."

I can't NOT worry. Every day, throughout the day, we hear weather news -- about the temperature, humidity, wind speed. We see maps of the U.S. and lists of the major cities of world, with their Fahrenheit/Celsius temperatures, and learn .from the peppy, positive, weather person, if planes are arriving and departing on time, and what the probabilities are for tomorrow, and the weekend.

It's blabla -- diddling fiddling, while Rome-our-home-sweet-home is burning.

In the U.S. alone, nearly 1,000 tornadoes have ripped across the heartland, killing more than 500 people and inflicting $9 billion in damage. The Midwest suffered the wettest April in 116 years, forcing the Mississippi to flood thousands of square miles, even as drought-plagued Texas suffered the driest month in a century. Worldwide, the litany of weather’s extremes has reached biblical proportions. And it's not just us.

The 2010 heat wave in Russia killed an estimated 15,000 people. Floods in Australia and Pakistan killed 2,000 and left large swaths of each country under water. A months-long drought in China has devastated millions of acres of farmland. And the temperature keeps rising: 2010 was the hottest year on earth since weather records began.

The facts speak. While we've been murmuring, gee it's hot -- gee it's cold, are the polar ice caps really melting -- golly, what's with the weather -- gee, has the climate changed -- the climate has changed!

Hello Al Gore -- Al, we need you! Come out of hiding! Hello somebody, anybody who'll donate scientific services to the White House that's negotiating mostly money-money ways to fix the economy.

Economy? Sure, sure, but the E that is more important is the environment.

Sure, sure... We still have people saying climate change is a hoax and activists blame it on carbon emissions. Sure, there are some committees that have been meeting. Some cities are planting new trees -- ones that grow in hotter climates. Chicago is swapping heat-loving sweet gum and swamp oak trees for the traditional white oak. New York City, according to the Pew Research Center folks (who have statistics on just about everything), is going to have an average temperature increase of up to 3 degrees Fahrenheit by 2020, So NYC, my home sweet home, is planning to paint three million square feet of roofs white, to reflect sunlight and thus reduce urban heat-island effects.

Sure, I'm clapping my hands and saying good-goody! 14 states are implementing, climate-change adaptation plans. The other 36 apparently are hoping for a miracle.

Yes, sure -- praying for miracle might help. But dammit, we've got to DO SOMETHING.

Though Big-Coal corporations and the Big-Oil guys are spending tons of money telling us everything is fine, some real human people are already working on farms, planting and studying other foods to grow that won't die in the heat. They're doing something!

What we can do is talk it up with photos, videos, tweets, passionate paragraphs -- the social networks have been helping to fire up folks who can't vote or earn a living, throughout the Arab world. Facebook has billions of ears, eyes, typing fingers, friends chatting away. Keep doing what you're doing but talk it up -- talk about E for environment -- we need our world to be a place we can live in. Use social networking and talk it into a river, talk it into an ocean, and make waves.
Posted by em's talkery at 4:00 AM 3 comments:

Huma Abedin, Mrs. Anthony Weiner -- what a mess to handle, avoid, run away from, or somehow fix!

Eyes on her, millions of people's thoughts on her -- picturing her, inwardly playing out her part in their minds, saying, "Tell him go to hell. Leave him. Divorce him. Move out of your apartment. Talk to a lawyer. Talk to Hillary!"

What Bill Clinton did -- whew, it was worse -- Bill, the president we admired, lying so passionately, so believably -- further destroying what President Nixon destroyed -- our ability to believe in and trust a man in public office.

Mrs. Weiner is silent. She's standing tall, wearing a smallish smile and bright attractive clothes. What is she thinking?

There's more than bad thoughts, ugly visions, shockingly wrong deeds that were done by her husband. What Weiner is, or was, is out-of-whack, twisted, very, very sick -- not with fever, but with out of control, fevered needs that say "help! help!" as if he'd attempted suicide and been saved, last minute, by a neighbor who called the police.

What created the "suicide"? I think it was sexual needs, an overflow of hormone pressure, or whatever creates a man's desperate need to ejaculate. Urgent need.

Yes, he was probably lonely, depressed, not sure of himself, his life, his love, his absent wife -- we have millions of horrible thoughts that don't need to be examined, organized, figured out -- thoughts come and go.

I would, if I were she, keep going with my life, my feelings.

Anger, annoyance, disgust -- whatever -- you can deal with them. They don't have to expressed. Yes. it's easier for you if you blurt them out. Yes, the words will create a sad, wriggling, living part of you that will not disappear, or ever vanish or go away. But you can live with that, and be you.

You've made something together, you are deeply, in the flesh, connected by what you and he created.

I'm saying don't think about anyone else but you and him, or pay attention to what others have said or done.

Divorce is acceptable. Divorce is what most women would do. Why didn't Hillary divorce Bill, a long time ago before he was president? The list of women who had to throw away the man, tells you divorce him. cut him off. It's sensible. It's self-protective. If what's left is so ugly-- you need to throw it away.

I say NO. Don't do anything.

I don't throw away living things, and Anthony Weiner is a living man whom you loved -- love for what you found in him and decided to marry. Deal with him as sick, and help him get well with tons and tons of chicken soup.

Chicken soup? When your own heart is broken and your head is full of black thoughts?

Yep. Drink it with him. Digest it together. 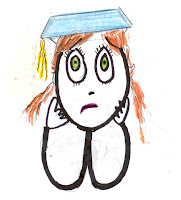 I want to thank Dr. Kevorkian for what he did. I can't, won't, don't want to write about the moral issues. For me personally, the moral issues have very little significance.

I could say "NO significance." but I don't want to insult or disregard your feelings about what's right and what's wrong.

I need to be the master of my fate, the captain of my soul, the boss, the decider about what I do, or don't do with my life, my time.

Dr. Kevorkian gave himself, his life, his energy, his career, to providing a way for people to end their lives.

His presence, his point of view, his deep concern, passion, belief, the philosophy he lived by -- his ideology -- just his presence on earth is, was and still is a support for what I feel about the end of MY life.

It is my life!

My life is mine!

What follows below, I copied from an article in the New York Times. Written by Ross Douthat, , conservative American author, blogger, and a New York Times columnist, this appeared two days after Kevorkian's death.

"We are all dying, day by day: do the terminally ill really occupy a completely different moral category from the rest? A cancer patient’s suffering isn’t necessarily more unbearable than the more indefinite agony of someone living with multiple sclerosis or quadriplegia or manic depression. And not every unbearable agony is medical: if a man losing a battle with Parkinson’s disease can claim the relief of physician-assisted suicide, then why not a devastated widower, or a parent who has lost her only child? This isn’t a hypothetical slippery slope. Jack Kevorkian spent his career putting this dark, expansive logic into practice ... "

Okay, the Times Op Ed writer was expressing his own personal moral convictions, and they are different from mine.

I am mourning the death of Dr. Jack Kevorkian. People who read what I write, often write back to me, and share with me, what they think. That sharing helps me and touches me. That's why I am posting this.

As playwright Arthur Miller said, at the end "Death of a Salesman" -- I feel "attention must be paid."
Posted by em's talkery at 4:00 AM 3 comments:

TAKING A DAY OFF

And THINK
Posted by em's talkery at 4:00 AM No comments: