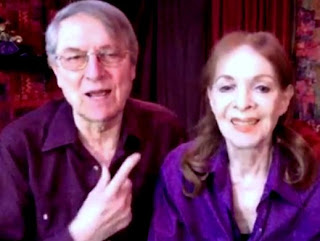 In California, they regularly drove to the famous "Diamond Crystal Bakery" in the Fairfax area of Los Angeles. It was a forty-minute drive they made monthly in order to buy six large loaves of corn rye.

At their home in Malibu, after they froze it so that Em had a toasted slice of rye  every morning.

Tiger -- what a hero he was -- an example to many of us, young and old, of perseverance, energy, striving, and winning  And he's black.  (I almost forgot to mention that!  It's amazing, how race fades, and vanishes in sports.)

As I watched the young boy and got to know him, it touched me -- how deeply he was connected to his father, how his father gave the youngster the gift of self-belief, and taught him so many things -- taught him concentration. How to focus on an issue, a problem -- a something-or-other that you need to do, and do perfectly.

Oh boy! Tiger's sex scandal -- his fall from grace -- what a tumble down the mountain -- the story that emerged of his infidelities -- names, photos, phone conversations he had with girlfriends -- all the babes he was sleeping with while maintaining a happy home with a beautiful young wife and their children.

It was in the news for months -- play by play descriptions, revelations from girls who used the media to get their names, their measurements, and sexual talents known.

And then -- oh my -- Tiger in therapy; Tiger admitting to the world on television that he'd done wrong. His apology didn't help him. Specifics may be forgotten but Tiger Wood's  wrong doings became wronger, larger, and didn't fade away.

I saw an old film last night -- Lawrence Oliver and his wife Vivian Lee in "That Hamilton Woman," about the love affair the great Admiral Horatio Nelson had with the wife of an ambassador -- how the world never forgave or forgot, and punished these sinful lovers, who stayed together, demonstrated their love,  and ignored society's disapproval.

We've got others who sinned  -- the Clintons have stayed together; Ronald Reagan is  revered despite the failure of Reaganomics, and Reagan's involvement  in the Iran Contra affair is forgotten. And Nixon -- his monumental wrong doings are somehow, also, forgiven.

Hey, we need Tiger Woods. We need the son of a loving father who taught him how to win and keep striving for perfection whether he wins or not. We need to learn from what Tiger did, and even so, be inspired by Tiger, celebrate Tiger Woods as a sports hero. 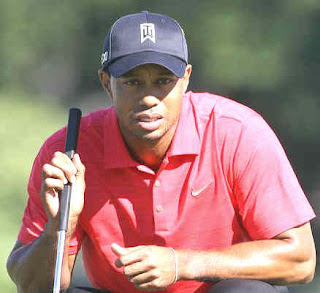 That's what he is.

DO PLANTS HAVE FEELINGS? 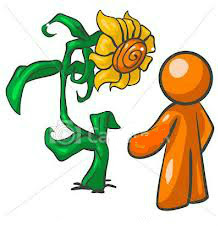 I have to admit I talk to my plants. I greet them in the morning. Hey how are you doing?

I think about my plants, and give them water judiciously. I know, all too well, how too much care, over-focus can make a plant shrivel and die.

I don't consider whether or not my plant hears me. I talk to it because it's a very real thing, an entity in my life that responds to what I do, or don't do.

I read about the a scientific investigation that's going on. It started back in 1914 when scientist Jagadish Chandra Bose, using a forceps, pinched a carrot that was strapped to his examining table and attached to a machine. Bose noted that the machine registered "infinitesimal twitches, starts and tremors," and told the journalists who were writing a about this, "Thus can science reveal the feelings of even so solid a vegetable as the carrot."

Today, in a new book, "What a Plant Knows," by Daniel Chamovitz, (he runs the plant biology lab at Tel Aviv University), the idea of plant intelligence is dismissed as a scientifically useful idea. Chamovitz summed it up: "I don't really think hard-core scientists say that plants are sentient in the way that mammals are, but plant neurobiologists are challenging us to redefine for ourselves what we mean by sentient."

Though plants have yet to weigh in and answer this, I say, yes, plants are sentient -- plants reach to the light -- plants react and grow when you feed them -- plants tell you they're happy (or not happy), about where they're living.

Hey, I can't resist posting Barbara Harris and John Cullum, (my husband), in the Alan J. Lerner musical, "On a Clear Day You Can See Forever." Talking to plants started the Psychiatrist, (John,) helping a girl (the heroine, Barbara), find out who she really was.

John explains to Em how important it is for an actor who's starting out, to be able to earn a living, while learning the craft by working in workshops.

Both Los Angles and New YOrk have showcase theaters where actors work for little or no pay.

They discuss how their son JD started out in New York, and developed an excellent reputation in Los Angeles that way.

Cullum thinks the most important thing for an actor is being able to earn a living, while being an apprentice on either coast.