Like it or not, we are participants in how hundreds of popular products are ranked. Our opinions inspire advertisers to spend their money selling us more.

Our facial expressions often reveal what we feel about this or that. 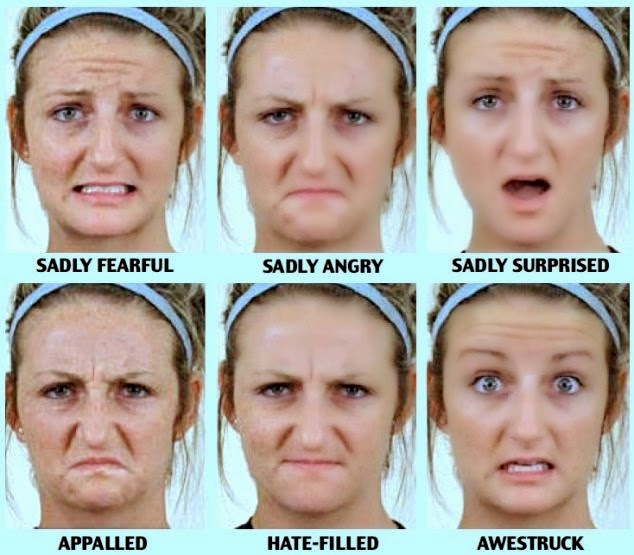 You've heard about Neilsen ratings. Arthur C. Nielsen founded his company in 1923, offering his research, on food and drug purchases. After acquiring an "audimeter" that measured radio sounds, he put a device into 1000 homes that collected which radio shows were tuned in. Around 1950, he got the device measuring which TV shows were tuned in. And that became known as the Nielsen ratings, the results of which are sold to major purveyors, including CBS, NBC, and The Walt Disney Company.

Now, we have "Affectiva," a company that measures attention and pleasure, based on our facial reactions. This picture labels where, on a face, you can discern emotional reactions. 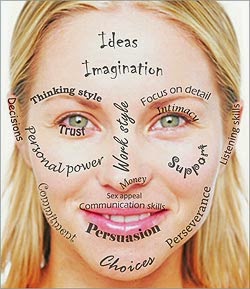 There are 43 separate muscles that keep your face functioning for eating, breathing, seeing, and every twitch -- every eyebrow lift, forehead furrowing, mouth liking, disliking, or grimacing.

"Affectiva," a six-year-old company, is based in Waltham Mass. It has approximately 1,400 clients, (including Kelloggs and CBS.) The founder, Rana el Kaliouby, working with autistic kids who had a hard time reading faces, designed a system to help these kids know whether a person was smiling, or frowning.

You pay $2,500 and Affectiva, has software that watches for you, any commercial, show, or performance you specify, and records and measures engagement, boredom, amusement, and displeasure.

There are already rival companies. New companies are starting up here and there. Market testing is something to sell that a company can make millions with. Other possible customers are law enforcement, lie detecting, airport security, and political candidates. 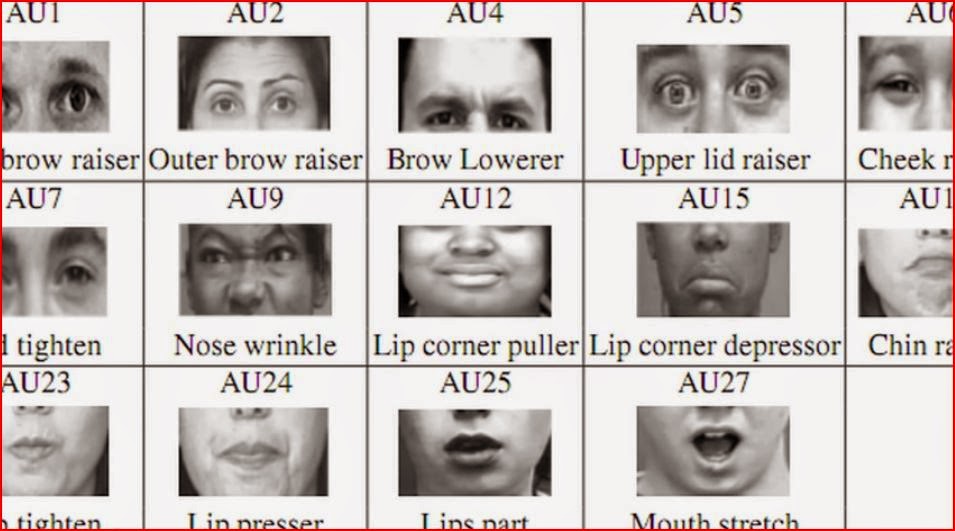 This makes me cringe! I feel this is another way that big money manufacturers who sell us with their ads-- their truths, not necessarily true truths-- are distorting who and what we humans want and need, by analyzing and codifying our emotions into computer algorithms that help them sell us more whatever.

Okay, take a look at this video. See what you think and feel about this up and coming way of inspiring us to buy more-more-more.
. 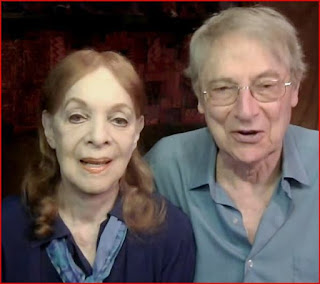 John says, "Arthur Miller and I were more than actor, famous playwright pals."

Emily recalls visiting John in Washington, D.C. during the tryout of Arthur Miller's play, "The Archbishop's Ceiling," at the Kennedy Center.

John tells more than one story about the difficulties with the play and reveals what Arthur told him about "solving" a play.