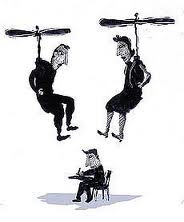 The Google guys watch over us, like loving parents, helping us, anticipating our needs with algorithms.

I figured algorithms were complicated math  but my dictionary says
"Procedure for solving a mathematical problem (as of finding the  greatest common divisor) in a finite number of steps that frequently  involves repetition of an operation;  broadly: a step-by-step  procedure for solving a problem or accomplishing some end especially by a  computer."

For instance, if you're struggling with your weight, you can try self-tracking devices that record your calories in and calories out. Or if you're plagued by crime, predictive policing can prevent crime before it happens. For any topic that concerns you, Silicon Valley claims there are technological (algorithmic) solutions.

"Want to be fitter, happier, more productive?"  -- technology critic Evgeny Morozov points out HOW,  in his new book, "To Save Everything, Click Here: The Folly of Technological Solutionism,"  It's a book that explains how tech giants like Google and Facebook will help you.

Why does this make me very uncomfortable? Because already, too much of my life, my time, my energy, is involved with technology, not my own feelings or instincts.

Algorithms are a prison,
Bunch of blocks in a box
That locks out what's free,
Confines me and thee
And keeps us from fun
In the sun.

Where do we go
To know what we already know?
The auspicious wise guys
In this video -- oh woe!
They're not telling lies
But holy cow, wow!
I'm JUDICIOUSLY suspicious. 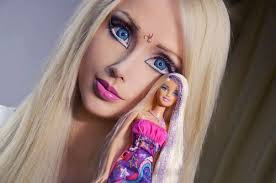 REAL girl's face, with the BARBI doll that launched her dreams, the dreams of umpteen million girls.

BARBI in one of her beach outfits, holding a bottle of SPF.

REAL GIRL, after spending an hour on putting on her BARBI makeup.

The pictures tell the story, more than my going on and on about this obsession, my gasps, or my wondering what this is doing to womankind.


This announcer, and psychiatrist consultant, sum it up. 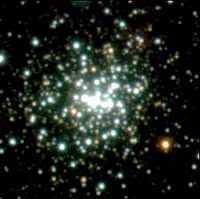 When I was little, I'd look up at the night sky, pick out the brightest star and whisper, Star bright... star light ... I wish I may... wish I might...

Well, here I am, now, in New York City, the place to be if you have big show-business dreams, and when I look up -- no stars! never a single star, or a moon -- just the red glow of lights from the busy city.

It's always busy -- wherever I go I'm dodging people -- I'm saying excuse me, or being jostled as I enter a store, or stand in line, waiting to pay a cashier. Each year it's getting worse -- we're running out of things like oil, water, coal, food, and space.

Remembering my carpet of diamonds, I find myself  wondering if there are other worlds running out of things. I wonder about other planets like ours, people like us, who need and want things. Do they look like me, or like alien creatures in some of those movies?

Does the presence of alien life explain away some of the strange things -- crop circles, UFO's, and visitations that people have described.

I find myself humming, hearing John Cullum  singing, "Is -- any-body - there?"  (It's a plaintive tune the John Adam's character sang in "1776." -- my husband played the role on Broadway for a while.)

Lord Martin Rees, president of the Royal Society and astronomer for the Queen of Great Britain, said, “There could be life and intelligence out there in forms we can’t conceive. Just as a chimpanzee can’t understand quantum theory, it could be there -- there are aspects of reality that are beyond the capacity of our brains.”

NBC's Brian Williams has quoted Stephen Hawking, saying that aliens may be like Columbus discovering America -- "Look what happened to the Indians who were already here."

Stephen Hawkins says yes. They are here.  Michio Kaku says no, they are not here. Have I checked other sources,  yes. These two men are the most qualified, knowledgeable, trusted authorities.

I find it spooky, scary, and would rather think Kaku is right, but I go with what Hawking has said.

Here's part of the Discovery Channel film that Stephen Hawking made, with an actor narrating Hawking's conclusions.