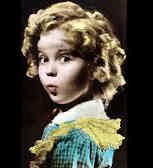 Shirley Temple, after the first time I saw her in a movie, was who I wanted to be.

Horrid was something I didn't allow myself to be. I held on to good.

"Good" for me  meant doing what Shirley did, learning all the verses in the songs she sang, and being able to dance like she did. I knew, already, that I wanted to be ballerina, not a tap dancer, but I danced up and down the steps in our house the way she did, and practiced the perfect way she curtseyed and bowed.

"Good" was wearing pretty dresses with lots of ruffles and bows. Good was knowing how to talk with adults and look like I was listening even if I didn't quite understand what they were saying, "Good" was knowing how to behave -- being bright-eyed with a smile, even when it was hard to smile. If you had to cry, you bowed your head and covered your face with your hands, and tried not to make boo-hoo noises. Good was also liking other girls -- being friendly nice even if they made you uneasy.

Good meant table manners, and everything to do with being clean, tidy, neat. And it meant never eating too much or too fast, even if you were very hungry.

I asked my parents to buy me a Shirley Temple doll, and toe shoes. For one of my birthdays I was given an a doll with black hair -- it was an Elizabeth Taylor doll. I played with her but got bored with her -- she wasn't nearly as beautiful or interesting as Shirley. A year later I got the toe shoes.

Shirley Temple became, for me, the image of girlish perfection, and even as my ballerina dream grew, though I wasn't a singing, tap-dancing, adorable Shirley, aspects of what I am today come from her.

Of course I saw all her films, some more than once. I did feel a bit sad as she grew a little older, and seemed less perfect, but I was taking ballet lessons and that was more important than any good girl stuff. Actually, after she co-starred with Cary Grant in "Bachelor and the Bobbie Soxer," I didn't spend much time keeping close tabs on what she doing.

Oh sure, I continued gathering celebrity information. I knew she married John Agar, had a child, divorced, married Charles Black, had two more children, became an ambassador, and as Shirley Temple Black, emerged as a Republican, but being a liberal with a career of my own, I didn't play close attention till I saw a news report about her leaving the world.

Golly, I wonder if the Good little girl was part of what Elizabeth Taylor was -- or Cher, Lilly Tomlin, Madonna, Beyonce, Jennifer Lopez, even Mylie, Selena Gomez, or someone like Rihanna?

Ah Shirley -- little girl with a curl right in the middle of her forehead -- what a beautiful powerful sense of goodness you gave us, and our mothers and sisters.... 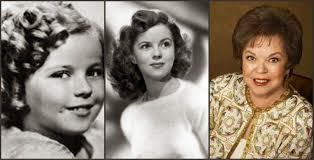 It still makes us smile, and influences what we create to wear, and how we behave out in the world, even today.

WRONG IS RIGHT? RIGHT IS WRONG?


Yowie -- I am not sure how to handle the huge philosophical shifts that are happening. 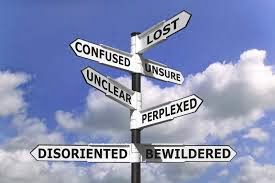 Things we used to think were good for us, like eating a slice of bread with your meal, are NOT good. Gluten is now a popular no-no. I remember when coffee was dangerous, saccharin caused cancer, and horse meat was a no-no.

Are they bad or good now? I can't keep track.

Dwarf throwing? What does all this mean? That we are bored? That we need new hideous, ridiculous, ludicrous violence to excite us?

All I can do is show you the midgets, dwarfs in padded clothing.

If you enjoy this video, please don't write me, email me, tweet me, or facebookishly LIKE me.

I hope you hate this video clip.  After you see it, take a look at the next clip that show  what happens when dwarf throwing gets out of control.

NANCY PELOSI - I I

I wrote about Nancy Pelosi in January of 2013. Before you read this blog, click -- take a peek, skim what I've said about her.

I heard one of the TV prognosticators declaring that very little change can happen in the balance of Congress in the next election, November 2014. "We'll be in for another Republican Congress.

DOING NOTHING!   I yelled.
STOPPING OBAMA!
HOLDING UP THE COUNTRY!

Rat- tat tat, I repeated all the grievances that I have been storing up for many, many months.

No action on immigration, gun control, minimum wage. No extension of unemployment insurance. Congress will just push and shove all of it into the same old pile and pretend to negotiate -- grab a few more inches of helpful coverage from fixable healthcare glitches, demand a few more billion for the debt ceiling that gets larger because of they're not doing anything -- we'll keep on paying for the congressional freeze on anything that might help the President succeed in doing what he's trying to do for our country.

Oh my ... I am bone tired of thinking about this. I am tired of complaining.

I am just praying -- yes PRAYING -- "Please God and Nancy Pelosi, find a way to fund, promote the Democrats who are running for Congress and defeat the Republicans.

I pray louder. PLEASE DEAR GOD, GIVE US A CONGRESS THAT WILL WORK FOR AMERICA.

I'll say it again: PLEASE, PLEASE DEAR GOD, GIVE US A CONGRESS THAT WILL WORK FOR AMERICA.