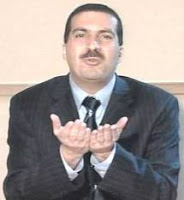 I hope he can reach the young people he is trying to reach.