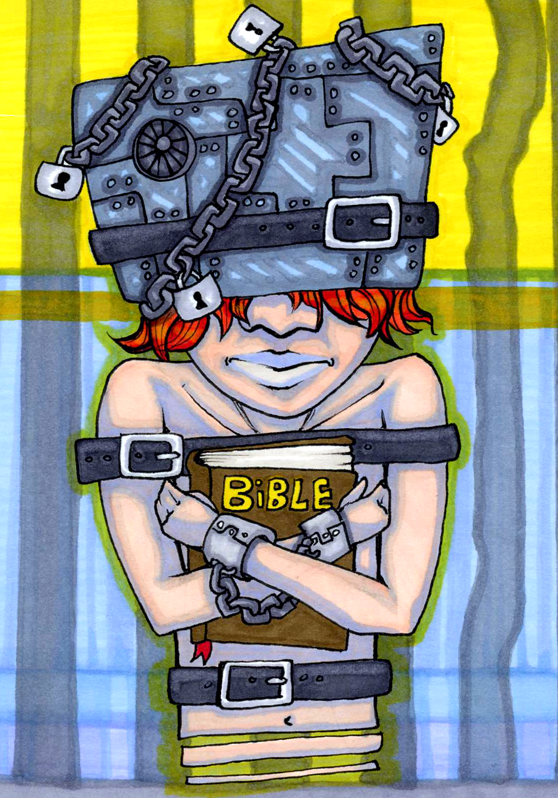 Take a subject, any subject where you have a strong, clear opinion like -- "I don't like this." Or "This is not for me." Or "Never would I accept this."

(This being a person, artistic trend, work of art, an activity, new theory, or the latest newest gizmo/appliance.)

Gotta admit, I often judge a book by its cover. I like or dislike famous folks based on an instinctive reaction to their looks, and shaking my head don't plan to come back again for another look.

Okay, I'm opinionated, judgmental. I look at a new name in the news the way I look at a plate of food, or take in a preview for a show -- wham -- my immediate, instinctive, ignorant, illogical reaction is usually right, even though it may be seriously limiting me.


Time Magazine's "The 100 Most Influential People" issue arrived with four covers -- Beyoncé was on the first cover.

"Why her?" I thought, as I delighted in director, writer, producer, actor Robert Redford's cover and skimmed by the other two covers -- Jason Collins and Mary Barra. Though I didn't recognize their names, later I learned that Jason Collins is the gay basketball center, who has opened doors and minds of millions of men and women; Mary Barra is the new CEO of General Motors -- if there's was a glass ceiling she's broken through it. But why in the world was the girl singer on the first cover?

Okay, I stared at the "Beyoncé" cover. 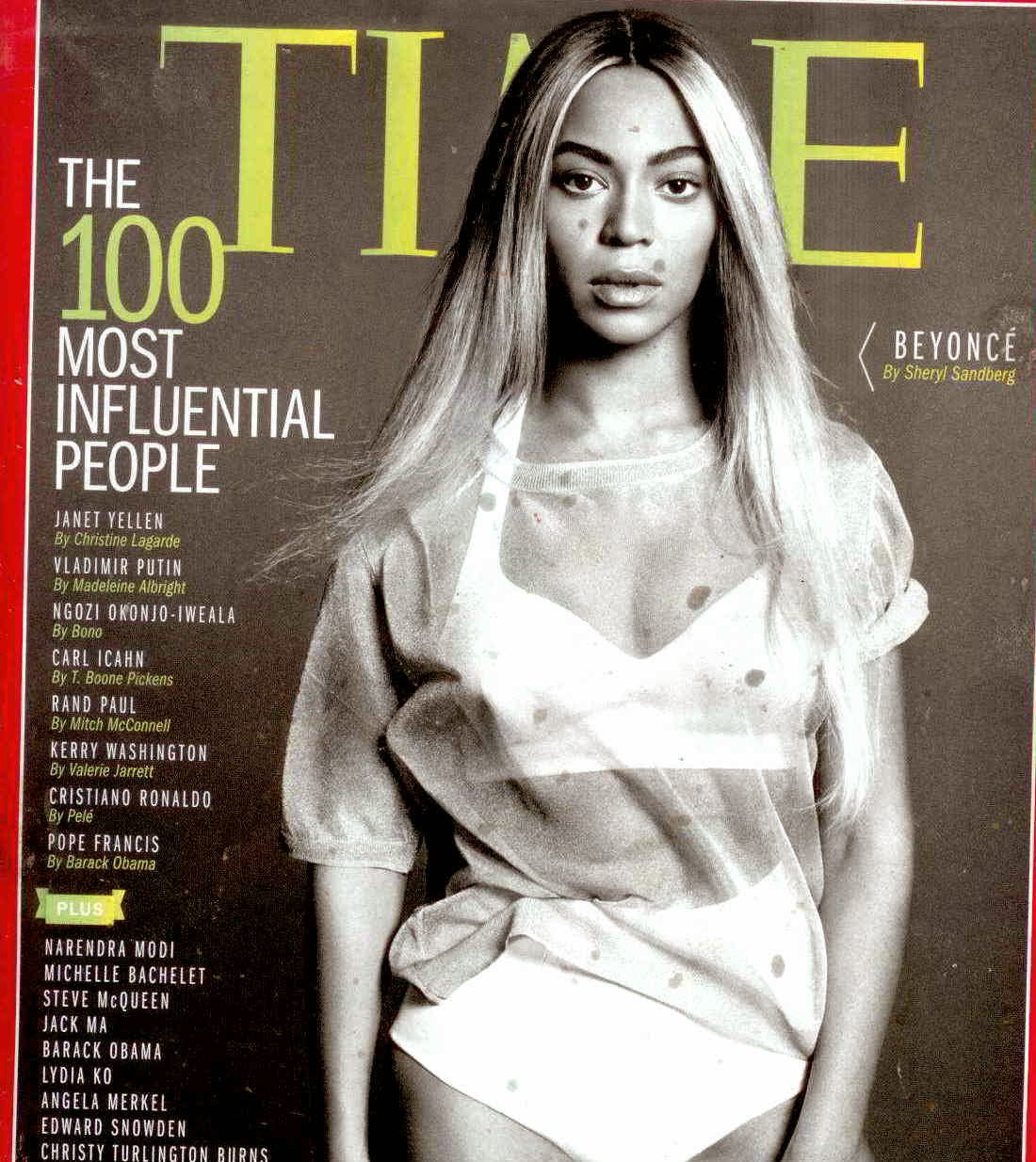 She reminded me of a somewhat sulky girl in a fancy panty outfit with dots on it -- sequins or whatever they were -- one on her upper left breast, one on the nipple of the bra part of her panty costume; one dot at the hip.

I put her name on my blog list of things I might write about, and shelved the magazine. I'd heard the name Beyoncé, along with umpteen other ''names." How many names do we hold in our minds?

If you were shown photos of 20 famous people, could you recognize and name all of them on the spot? It's being used as a dementia test. Researchers at Northwestern University’s Cognitive Neurology and Alzheimer’s Disease Center, recently published a study showing that the inability to quickly recognize and name-famous people is a clue to early-onset dementia.

Today, I Googled "Beyoncé." Whoa -- every article, every bio, long or short, referred to her being an extremely powerful person -- twice I read she was the eighth most powerful, richest woman in the world.  More than twice, I wondered why I was so damn sure she wasn't someone I wanted to bother reading about.

She rose to superstardom as the lead singer of the group "Destiny’s Child." Her first album, then her, second, third, and fourth albums, zoomed to the top of the charts and won, thus far, sixteen Grammys.

Perhaps she's best known for the chart-topping triumph, "Put A Ring On It" with a memorable chorus -- “If you liked it, then you should put a ring on it.” I watched the video -- sexy wriggling Beyoncé and two other girls, in unison, bump-and-grinding and strutting to strong, interesting lyrics that have become an anthem of "single" ladies. She didn't really feature herself, but even in unison, my eyes focused on Beyoncé.

A woman of color, Beyoncé Knowles is recognized by Forbes as -- "The First. Most Powerful and Influential Musician in the World;” she was named the “World’s Most Beautiful Woman” by People Magazine; she married longtime lover Jay-Z in 2008, rapper, record producer, one of the most financially successful hip-hop artists in America. They had their first child in 2012.

I've been an opinionated, closed-minded observer of many things about our culture. Her tell-it-show-it-all website opened my mind, and I have gotten to know a woman of color, who is now -- or soon will be -- bigger than Oprah. Beyoncé is affecting our culture profoundly.

Visit Beyoncé.Com  and click the upper left menu icon. And open your eyes and your mind and I'll bet you say and feel "WOW."

We all are too quick to judge some things/people, even when we consciously try not to. I'm just as guilty as you. Just knowing we have that flaw helps us try to do better ;-)

As for Beyonce or Opra or any other 'celebrity', I don't consider them powerful or influential in any of the important matters of life.

If they mean important/influential in the media, ok. Meh. So what? She has a great voice and is a good performer. Opera is an entertainer. Society would be poorer without them. We need entertainment and positive influences, especially younger minds.

Consider the source that is calling them influential. A magazine dedicated informing us to what's hot and what's not. More than a bit self-serving.

It's the positive paybacks to the world's societies that makes one influential or important.

The important people are those who give their time, energy, resources and lives in service to their friends, loved ones and the rest of society. Police. Fire. Doctors. Servicemen of all rank and file. Fathers and Mothers that do what ever it takes to raise their children in a loving and positive environment.

She starred in the movie of Dream Girls. I have to admit that I watch a number of TV programs, where her name and photos are frequently displayed and mentioned. She and her husband Jay-Zee (sp?) are always a topic and right now there is rumor of a split.

Nice article on Beyonce. I liked most of her music and bought at least two of her earlier CDs. Definitely a powerful woman in media and music and it also doesn't hurt to be married to the most powerful rapper in hip-hop named Jay-Z. Cool that you took a look. Sometimes a cover is just there to keep what's precious inside protected.