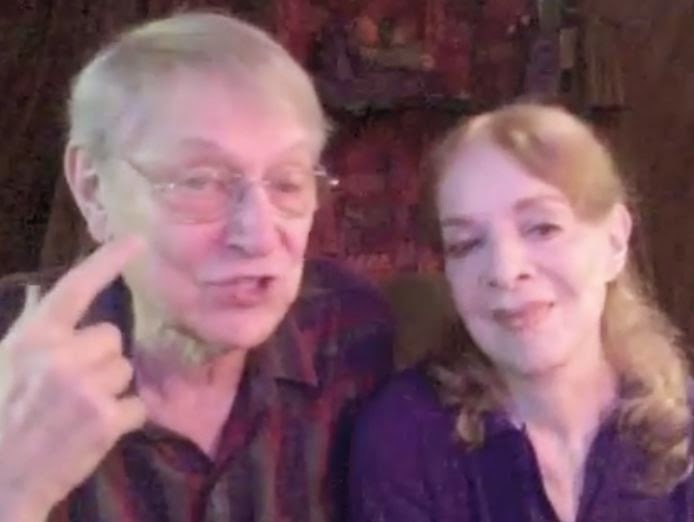 Working on his "JACK TALE" show, a musical for which he's writing music and lyrics, John Cullum is inspired by what he learned from playing a transvestite in Harvey Fierstein's "Casa Valentina."

Using wigs, scarves, jewelry, eye makeup, rouge, and lipstick, he's playing the five male roles as well as four females. (Photo of some of the characters) 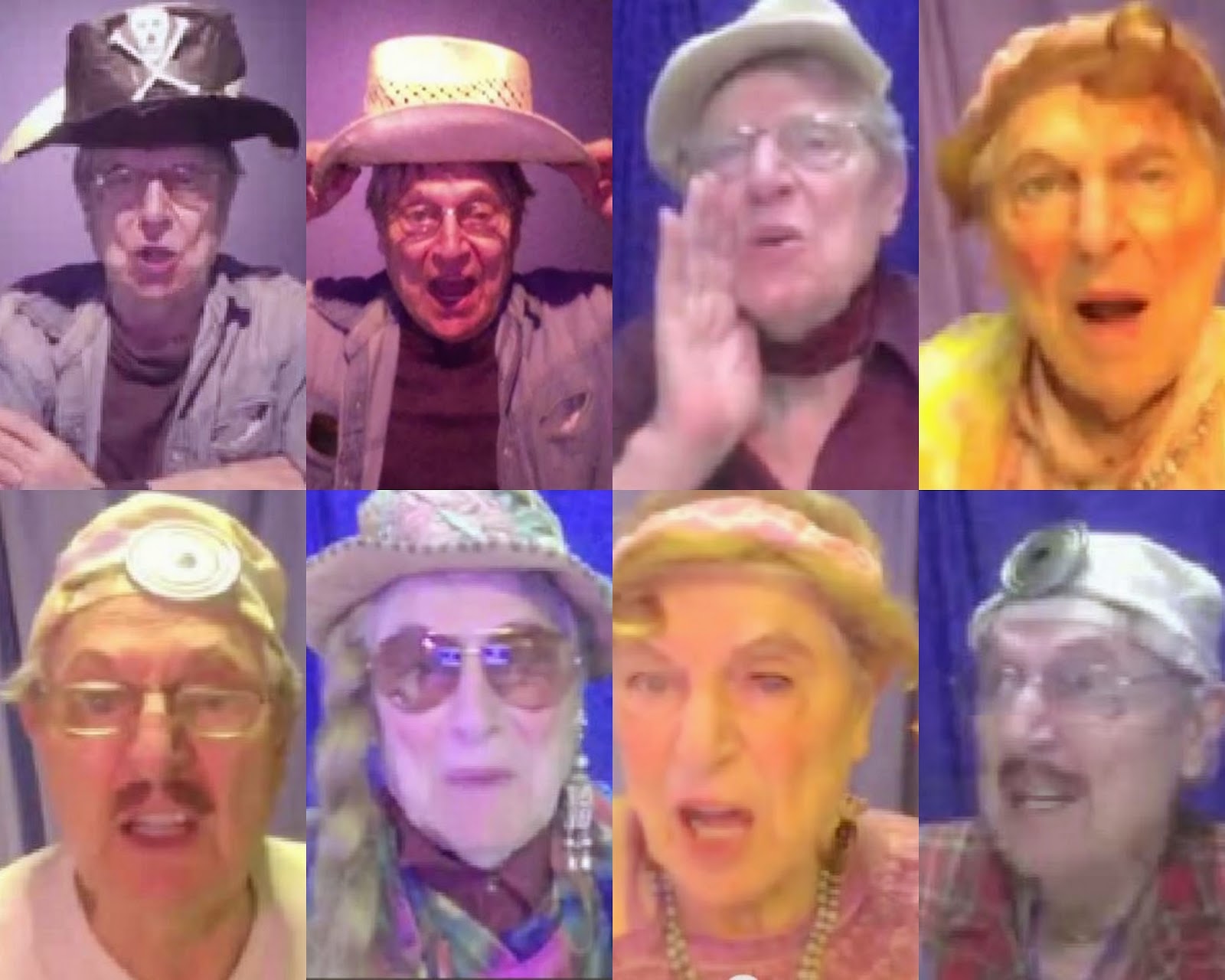 Because he can video a lady talking, and splice it into a scene with a another male or female. talking, John tells Emily, "Maybe we've got a one-man musical I can publish on our You Tube Airbroadcasting channel."