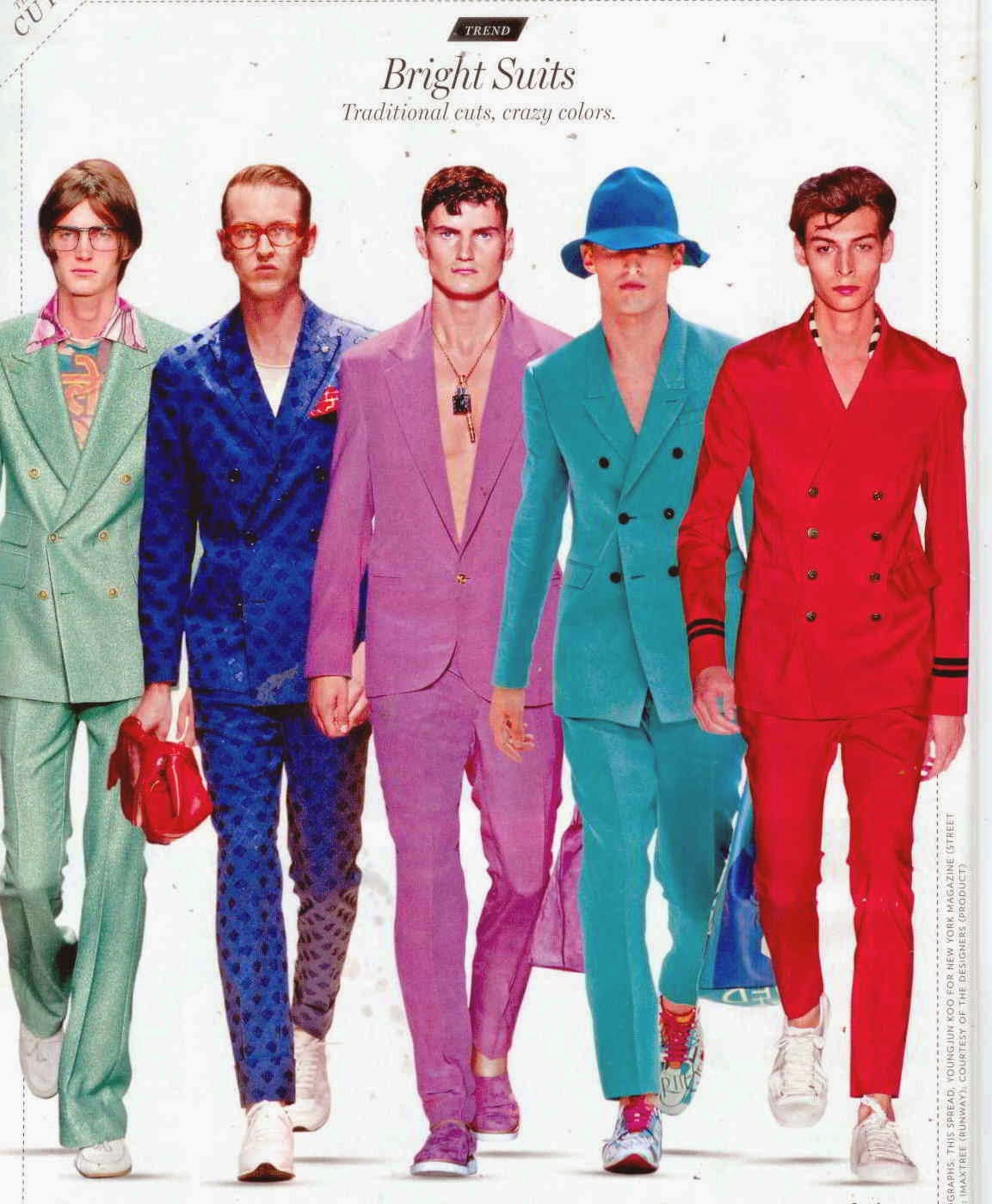 People who want to stand out from the crowd are often the ones most used to being left out of it. They choose tools that help them get noticed, knowing the risks. They already know what it's like to be the point of ridicule and are only looking for specific feedback anyway. They would make wonderful theater stage costumes or musician gear. Those formulas need no examples as they are universally tried and true. sez MSD

Those suits are totally unflattering!