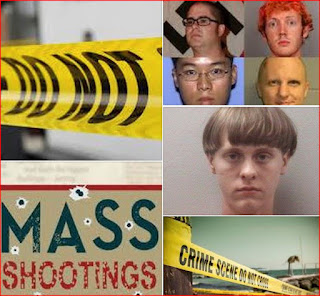 Okay, Professor Lankford -- I have to admit -- loud and clear -- that your title fired me up and has inspired me to say -- I pray that President Obama will find a way to restrict gun sales, and STOP gun sales to the mentally ill.
Posted by em's talkery at 4:00 AM

Great article Em. It's sad to think we (America) have placed so many roadblocks along the path to success. Nevertheless, great article.

I so detest violence. These mass shooters, in particular have severe mental issues as you have stated, It just seems to be getting so much worse, but why?

I am deeply in favor of gun control, a problem that only seems to be worsening. I can't remember a time when violence has been more out of hand,

Switzerland has one of the highest rates of gun ownership in the world, but little gun-related street crime - so some opponents of gun control hail it as a place where firearms play a positive role in society. However, Swiss gun culture is unique, and guns are more tightly regulated than many assume.

The military service for Swiss males is universal. At about age 20, every Swiss male goes through 118 consecutive days of recruit training in the Rekrutenschule. This training may be a young man's first encounter with his countrymen who speak different languages.

I followed this evil story for a while now. I have heard horror stories like this one for years now. They call on the president to stop sales so easely to the insane. I feel it falls on deaf ears everytime. It breaks my heart.