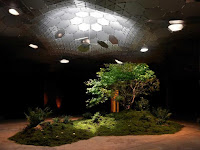 JUNO $120,000
In three hours (not full day as it now takes) manufacturer Fluidigm’s microchip amplifies samples 1,000 times smaller than a drop of water. It's already being use at academic and research labs.

SAFETY TRUCK, built by Argentine Samsung and Leo Burnett, has a system that relays video footage from the front of a truck to four screens on its back, giving drivers a clear view of what’s ahead.

APPLE PENCIL+IPAD PRO/ $799+$99
Pencil writes at any angle; can get darker or be erased, can draw, paint or write on a screen; create art, animations, blueprints, iPad Pro's faster than 80% of laptops.

Developed by Boyan Slat, to clean up plastic trash in the Pacific Ocean (pile is bigger than Texas); Cleanup Project will build 62-mile-long floating boom that uses natural currents to trap trash that could reduce the trash by 42%. 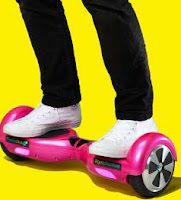 I like the earbugs and the safety truck--and of course the ocean cleanup.

I'm curious to see how the Star Apartments work. It sounds like a great idea, but I wonder if there might be unintended consequences. What might happen in the meeting place between well-intentioned plans and real people with serious mental health issues?

I saw a kid using one of those Hoverboard scooters and thought it looked super cool, but did you hear? Sometimes they spontaneously combust and explode!