(VIDEO) "ON A CLEAR DAY" MADNESS

It was a big drama when John Cullum was hired to replace Louis Jourdan in the musical, "On A Clear Day You Can See Forever," during its pre-Broadway, out-of-town tryout in Boston. 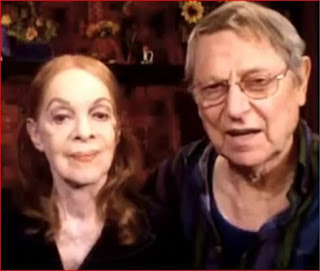 Learning the script, songs, blocking and choreography is a tricky thing for any actor to do, and lyricist, author Alan J. Lerner wanted John to perform the role of the psychiatrist in one week. The rehearsals were "hush-hush"--though staff knew, the cast didn't know, and newspapers hadn't been told.

After we checked in at the hotel, we were ushered to Lerner's suite to stay there secretly while Alan stayed on his boat. On every flat surface, we saw vials and hypodermic needles. The phone was ringing. It kept ringing--rang constantly with calls from celebrities trying to reach Dr. Max, who was apparently treating some of the world's most famous celebrities as well as the show's staff.

I was friends with Tom Ryan, who was Preminger's staff screenwriter (hated him), wrote "Heart is a Lonely Hunter". He was another patient/victim of Dr. Max, it crashed his life completely, when I knew him he was a wreck. The Beatles knew of Dr. Max, and wrote a song debunking him - "Doctor Robert", so they wouldn't get sued.

Believe you me this world is becoming weirld by the day.