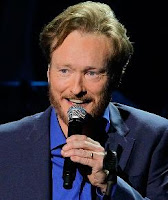 Win some lose some, some rained out.

I've been there. Winning and losing when you're on your way to fame and fortune is what you have to learn to handle.

Oh yes, some people win, and win. And "Make it" without any losing. They are on their way, to stardom (or whatever you call it). That's good luck, and they are a good type, and their timing is good.

Timing that I'm talking about, is being in the right place, at the right time -- it means having a physical look that's you, and not like someone else -- having a memorable name, and talent that's there, that's natural -- you can use it/be it/do it without changing what you are.

Yes, a winner can grow, and develop and expand what he does -- but, win-some-lose-some -- winning is bigger and better if it's what you are already, on the day you win.

Other things are important -- finding an adviser, director, writer, choreographer, accompanist, manager, agent, publicist. More important is your lover, the one who loves you, or whom you love -- that can mess up winning, but ... a winner may experience losing when it comes to the people on his/her team, and still win.

Losing is ... well, like scraping a fender, or crashing a car, there are degrees. You can be crippled, or lose your looks, or just get bruised, banged up but able to heal. How you handle it -- you go on better than ever -- or you don't, and then, of course, you begin the losing.

Conan O'Brien has won, and won again and again. He has been mostly rising for seventeen years, until January 2010 when NBC pulled the plug on his short-lived stint as host of "The Tonight Show" and installed Jay Leno in his place.

But, this is what I know -- this is my big BUT:
I saw and felt in Conan O'Brien, before what happened this past January, too much need, too much working too hard, too much effortful selling, bending, re-designing of the man.

I haven't watched him a lot in previous years. His entrance bothered me -- his sort of dancer-like, zippty-zip turn, pose, freeze. Choices he's made as a performer/actor/comic/host are strong, clear, well- defined, but many things -- too many -- have a neediness that seemed to be saying applaud me, love me, like me.

I think his neediness often shows, and though he's won for himself an audience -- fans, followers, devotees -- what he's been feeling and saying and what trickles back from his current tour -- what he says about his TBS show on cable in the fall ... well ...

He has a future; he's not gone, not forgotten, but there's no biz like this biz. He skidded on the win-some-lose-some trail. He's scarred.

Conan O'Brien the winner, is losing.
Posted by em's talkery at 4:42 AM