What about the C-WORD, the F-BOMB and the N-WORD? Okay, I've heard the F and the N words 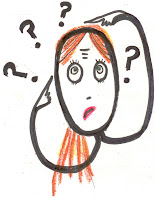 bleeped, but gee, the C-WORD ... Are things getting worse, or am I saying what everyone says as they get older, wiser, and wonder what's happening to common sense, manners, and morality?

There are laws that regulate foul language on TV between 6 a.m. and 10 p.m. But clearly it's difficult to regulate, and fines obviously don't stop it from happening.

The FCC regulates cussing and goes after words relating to sex and excrement, but we have commercials during those prime-time hours that suggest to viewers what they can do about erectile dysfunction, and discomfort going to the bathroom. And female hygiene ... blood, smell, itch, contraception, lubrication, et-cetera.

Thirteen-year-old Kayla Manson said "C'nt" twice on NBC's "Today Show," and anchor Meredith Viera had to apologize for it. Also, the show was not shown in certain parts of the country -- it was removed from the feeds for the Central, Mountain, and Pacific areas.

Kayla is accused of helping her boyfriend, Wayne Treacy, who threatened to kill Kayla's best friend Josie Ratley, and when Kayla was telling Viera about the text messages Wayne and Josie sent each other, Kayla explained, articulating the consonants and vowel, how they'd each called the other a "C'nt."

Mmm. That 's not a wonderfully important or significant crime, or a wonderful young girl to be interviewing.

What's more interesting to me is NBC's removing the feeds, also that Viera apologized to her audiences in the next show. Also, that the "Huffington Post" report on this event referred to the C-Word Jane Fonda used two years ago on "Today," when she was describing the hit play, "Vagina Monologues."

Hoo ha -- what an inconsistent administrative policy something-or-other is involved here! It demonstrates NBC's moral concern and parental way of protecting the virgin ears of children (who have undoubtedly heard these words by the time they're eight years old, and IF they can read -- seen them in various restrooms).

(Gee, are any adults with virgin ears in Central, Pacific, and Mountain areas? Even if you don't have a TV set, it's kind of hard to have "virgin" ears these days.)

Anyhow, I am thinking that our FCC, that allows feeds into all our ears about penis and bowel movement problems, is a waste of time, and tax money,

Are you concerned with keeping the C-Word, N- Word, and F-Bomb out of your ears?

It seems to me that the term -- "N-Word" has become a synonym in the minds of Tea Partiers, who claim Obama is illegally our President for various reasons, but actually it's because he's an "N" -- (i.e. "nigger," "negro," or "darkie.") And the F-Bomb is becoming as natural as "please" and "thank you." As for the C-Word -- gee, it's better than pussy, snatch, slit, twat, or muff.

The fact is, N-Word and F-Bomb are practical, useful terms that are in everyday use. I think they're relatively polite. Do you use them? Or do you say the real words?
Posted by em's talkery at 4:10 AM

We've become quite desensitized to the words from their increased usage, making them more prevalent in private and public conversations. As for Jane Fonda, she was citing art and while it may not be pleasant to hear, I don't think it mandates the attention it received (I think it made headlines b/c she was Jane Fonda). I think the FCC needs to stop punishing people so blandly.

I find my written arguments feel stronger, to me anyhow, if I avoid cusswords but occasionally the spirit does move you. But to me, ultimately it's not the words themselves but the context in which they are used.