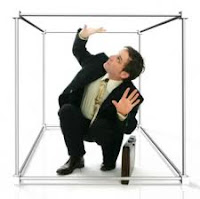 I feel weary, lazy, boxed in. I can't concentrate or do what I ought to be doing.

I suspect many other people feel this way too.

I want to do something incisive, strong, but can't. I can complain -- and have complained -- about all the high level, brainy analyses of what Obama is doing, not doing, needs to do. And right now, again, I'm complaining about the opinions, polls, the babble -- the repetitious sing-song of the Repubs -- the selling techniques they are using to make Obama a failed president, and keep him failing, stuck, immobilized, even though it is immobilizing the country. 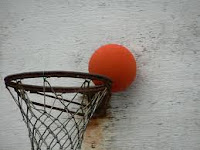 What can we do?

But we can't get out of this stuck state -- can't extricate ourselves from the every day more looming financial crises. And we are heading into the same threat, the threat the Repubs used before -- they're threatening to shut the government down.

The books say: "Democracy is a government in which all people have an equal say in the decisions that affect their lives -- equal (and more or less direct) participation in the proposal, development and passage of legislation into law."

The Repubs have figured out a new way to control and rule the nation. They've re-defined, and renovated. Legally, more or less constitutionally, they are reconstructing "democracy." They stop Congress from functioning.

They don't want Obama to be able to function as president. They are electioneering -- campaigning to show Americans that the only way they'll get jobs, and other legislation, will be if a Republican is elected.

Right now, President Barack Obama can only try and keep trying -- till the next election -- to rally Dems, and perhaps shame some Repubs, who don't like what the Repubs are doing. Cou

ld Obama get enough representatives to support him? Is there any way for the President to stop what's happening in the House of Reps?

I don't know. I don't think we have a House of Representatives right now.

We have a Repub House that is campaigning -- has been have been campaigning -- since they were elected in November 2010. They are working full time to win the presidency in in 2012.

When you are stuck in the snow, you get a shovel. In traffic, you try another route. In water, you swim or grab a boat. In mud, or quicksand you grab anything that might lift you up and out of what's sucking in you down.

Got shovel, rope, pole, boat, another route? -- I'll take anything you offer.
Posted by em's talkery at 4:00 AM

These bad Republicans want us to feel "stuck" so that we will turn to them with our support. Instead of feeling like in quicksand we the People of America MUST TAKE THE REINS AND SUPPORT OUR PRESIDENT IN ALL HE SAYS AND WANTS TO DO TO GET OUR COUNTRY from drowning and going into a deep Depression. There isn't much time left for us to act by contacting our reps and senators. If we could pool the energy that republicans are using against Obama and change the current flow of watered down lies into positive motions like MORE JOBS ETC. then this country would finally see an upsurge and revival that once told of a GREAT NATION!
kam Kathleen Ann McGee