WHAT ABOUT THE X FACTOR? 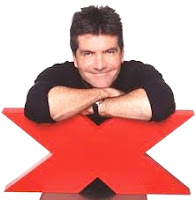 You heard the raves. You saw Brian Bradley's act. You heard Simon Cowell's summary and judgment about the big future ahead for the boy. What did you think while you were watching this? I liked the kid. I found his song-dance-act (whatever you call it), not very interesting. For me, it was a lot of incomprehensible words and a lot of meaningless stomping.

Simon Cowell has been selling The X Factor for two years, saying it's different, more exciting, and will be much more successful than American Idol. So what's different about this new show?

The X Factor's Simon Cowell is, maybe, perhaps, a bit nicer. He jokes more and shows off how he's feeling more than he did on American Idol. On the new show, he is still knowing, confident, judgmental, but maybe, perhaps, more self-assured.

X Factor has a handsome British- accented, intelligent-sounding announcer introducing the acts. I like him. Idol's announcer often seemed to be selling himself more than the talent.

The new show's judges -- Paula Abdul and Simon, much, much more than on the old show, tease, flirt, hug, punch and snuggle with each other. They're so lovey dovey cute that you can't help wondering if they're in love, even if you think, (as I think) that it's acting. As for the other two judges -- LA Reid, a knowledgeable black record producer, has a friendly professional manner that reminds me of Idol's Randy Jackson. The stunningly haughty, classically beautiful Nicole Scherzinger sounds and looks as if she's totally immersed in her response as a judge, and she expresses herself quite eloquently.

So what about the talent? The 14 year old Brian Bradley's insulting manner with Simon before he performed, and Simon's glowing response afterward, opens wide the golden doors of a future for the boy. As I said, I didn't get anything from Brian's song, "Stop Looking At My Mother" -- no rhythm to rock with, no words to grab onto, so I can't predict what's ahead for him.

Perhaps LA Reid will become Brain Bradley's guru, adviser, manager, and another Justin Bieber will be born. For me, the most memorable moment in X factor was when LA Reid, Nicole, and Paula -- with Simon eying her -- joined in with the audience waving their arms, doing the shoulder-rocking dance of approval that entire audiences do to show each other, show the world, how swept away they are, by the performer.

For me, the shoulder-rocking is like catcalls, whistles, hoots, and shouts. It's what you do, nowadays, to win votes for the guy you're rooting for, and show that you're with it, you're cool, and you were knocked out by the guy.

The X in the show's title intrigues me. What is the X factor when you're judging talent? 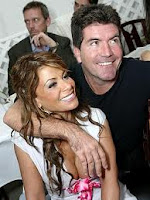 What is the indefinable element that defies words, but inspires a thrilling, intense focus on a performer as if he's a already star?

Thus far, on this new show, the X factor is my focus on Simon and Paula.

I mean who cares about talented new kids when the older kids are playing a love story script before our eyes?

I stopped watching American Idol after about the 3rd season so I saw very little point in ever watching X-Factor. It's hard to make a show like this interesting enough year after to year to keep my attention.

Dear Emily: Good blog! I don't watch the X Factor-we got burned out on American Idol when our idol got runner up last year. But, may start watching this show-we like Paula and Simon and their going ons...
X factor just means you've got that extra gene for talent and gift to win audiences with your ability, etc. And there seems to be a lot of talented kids these days. This kid was rapping which I don't understand also like you-but I liked him. kam Kathleen Ann McGee

Thorough and thoughtful review. I have never been interested in these shows for some reason. Everyone at work used to obsess about American Idol, and the friends we go out with obsess about Dancing with the Stars. I seem to have missed the boat.

Never watched the X Factor and don't watch American Idol. would rather read a book! If I really want to waste my time, I play games on the computer.

I have watched American Idol...maybe twice. It's not my cup of tea. So, I can't imagine X Factor would be either.

I don't enjoy watching a "loopy" Paula Abdul nor a nasty Simon Cowell and the thought of them suddenly falling all over each other, when they supposedly hated each other on American Idol, is a bit far fetched.

I am sure that there is some very good young talent on these shows, but it's just not of much interest to me.

I do love watching Dancing with the Stars, but that is a very different kind of show with far less emphasis on the judges.