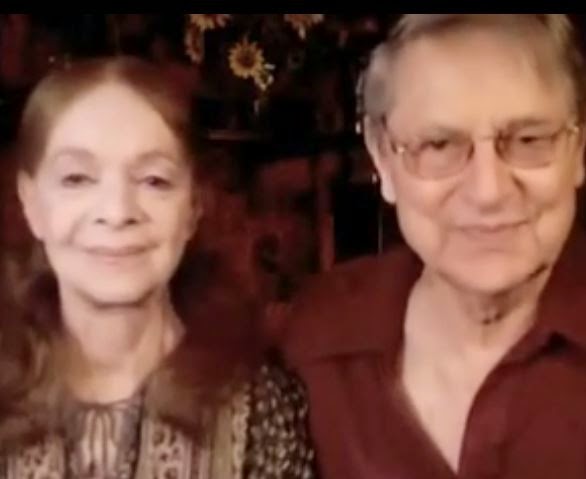 We made this video in 2010 after Kander and Ebb's "Scottsboro Boys" closed." Now that Harvey Fierstein's "CASA VALENTINA" has closed, and John just finished taping a pilot for a new CBS TV show called "Members Only," he's a very busy unemployed actor again.

What does an actor do when he doesn't have a job?

Emily nags John Cullum, calling him "Beethoven," gets him to describe the musical he's writing--lyrics and music.  It's a full time fascinating job.

Emily manages to inveigle John into singing a verse from "Jack Tale," then a song from "Bible Ballads," another musical John is working on.

I so admire both of your work ethics.

The two of you would be lost without your various creative endeavours. Hail to the Collums!