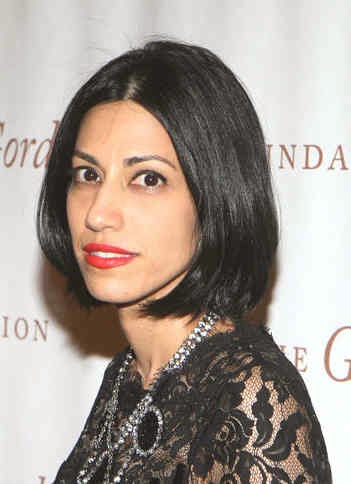 Wondering how Huma Weiner was doing, I found this photo of her with short hair, and found myself thinking about Theresa Kerry, wondering how she was doing these days.

Why in the world am I curious about two people I don't know? They're not famous, or major celebrities. Hey, I am curious about Susan Sarandon -- she's a real movie star in terms of talent and parts she's played in films -- she's  not doing big starring roles as often as she used to. Similarly, Goldie Hawn who's another favorite movie star whom age has affected. But I'm not wondering how Hawn or Sarandon are doing in the way I wonder about Huma and Theresa, who, because of not good events -- tragic events -- have had to disappear and recover.

I Googled the Weiners -- they had moved to a less expensive condo -- I saw a reference and photo of Weiner taking his son to Union Square Park. It's just two blocks from my home so the Weiners are sort of like neighbors. I saw the photo of Huma again, with her new hairdo. 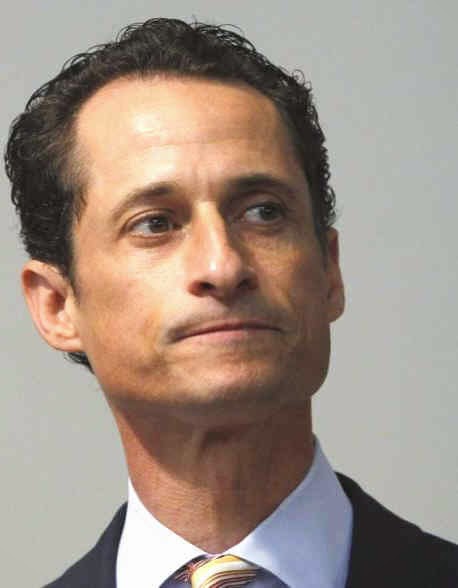 There were many photos that recapitulated the doings of "Carlos Dangerous" -- Anthony's  nickname for the girls he met on online while he was blithely promoting himself as a possible mayor of New York. There was a news alert about him opening a restaurant in Rockaway, NY. I found myself thinking louder than ever -- this guy is unrealistic, mentally ill.

I read an article by another blogger reporter (like me), who was looking for something hopeful about Huma. The article described how Huma has been working for Hillary. It pleased me, that Hillary whom I admire, continues to trust Huma's wisdom and creativity.

The only real news I found was another mention of Huma's new hairdo -- found myself wondering if Huma was changing herself to make herself more attractive? to him, or to herself? 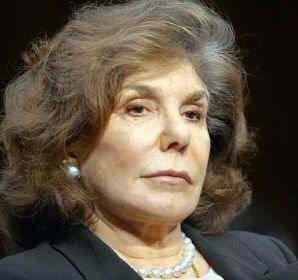 And what about Theresa Heinz Kerry? With the daily news about her husband, John Kerry's doings as our Secretary of State, there hasn't been a word about her since September of last year -- her stroke, and then Theresa Kerry being rehabilitated at a rehab hospital.

Yes, I want to know how she's doing and if she's doing things with any of her very interesting projects, most of which have to do with women's issues and causes that have to with helping people.

Though there is no recent news about her, it's obvious, she isn't traveling with John; clearly she is not giving interviews; though I understand that she doesn't want to be in the news, I wonder if she's walking and talking completely normally.

Maybe I'm wondering about her and Huma because I sense that other folks like me, admire these two women.

Yes! I figure others will be inspired as I will be inspired, when I know Huma Weiner and Theresa Kerry are full out, one-hundred percent functioning again, back to working -- doing what they can do -- as important women of the world.

I had no idea that Teresa had a stroke. I'm very sorry to know that.

As for Huma, why is she still with the "nut job"?