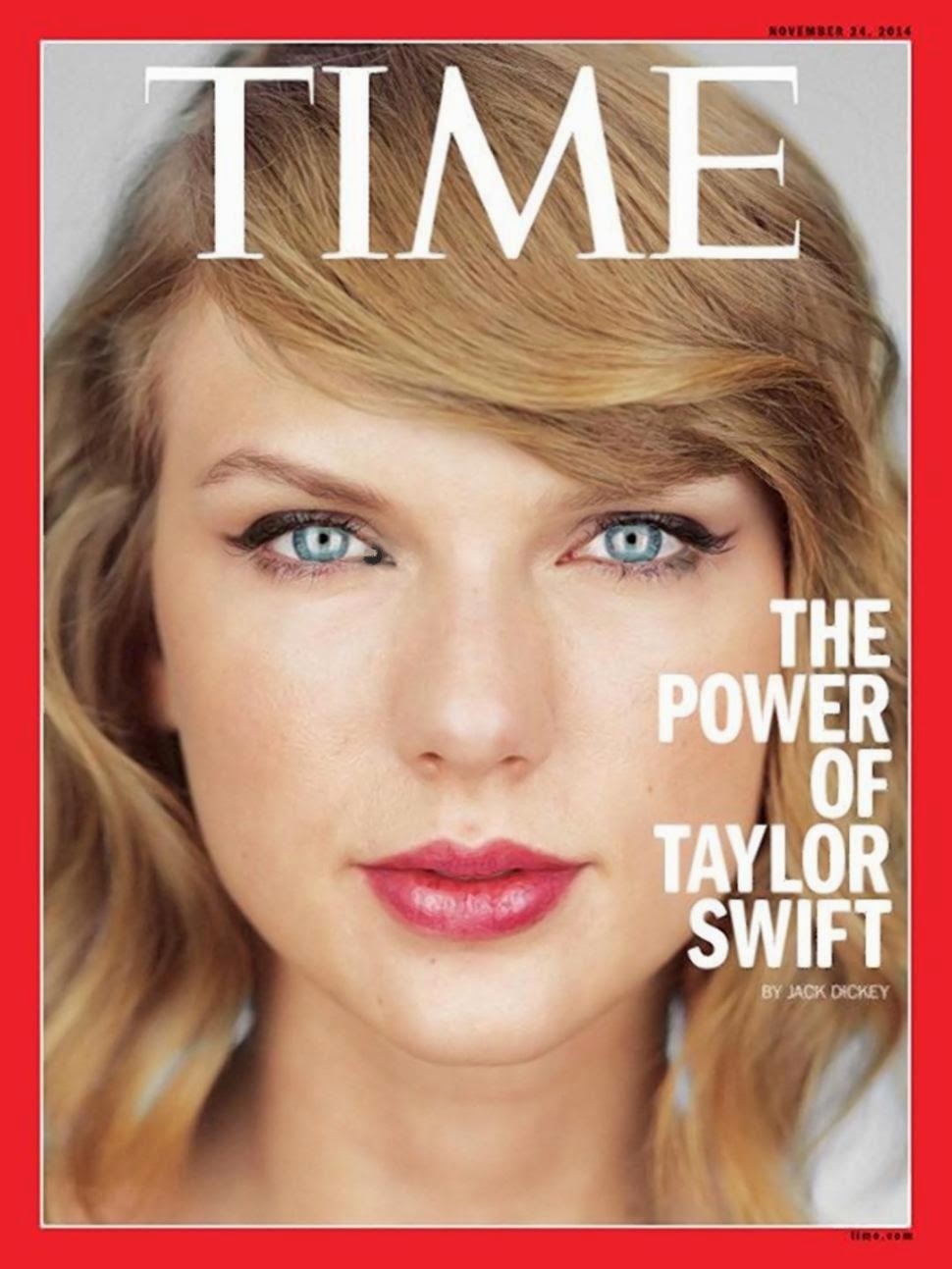 I saw her face on the cover of Time. I'd heard the name, but never heard her music. I read the cover story -- and read, and read -- read a lot of other stuff.

As a child she had a BIG DREAM -- she wrote stories, poems, won a nationwide poetry contest, and performed, wherever and whenever she could. At 11, she flew too Nashville to give the demo Cd she's made to various companies. Nothing happened. She did it again at 13 -- got an offer from RCA; turned it down and signed with Sony/ATV.  She was the youngest songwriter the company had ever signed.

A year later, she got her parents into move to Henderson, Tennessee (the outskirts of Nashville), where she wrote music while finishing high school. A Sony executive helped her publish her first album (at 15), that went gold, platinum later on. The many awards she's won, the major venues where she's performed, the sell-out crowds -- her huge success -- is perhaps the result of shrewd awareness and her thorough knowledge of the music business. She knows the right moves -- how to make and sell albums sell like hot cakes -- how to sell tickets -- how to get herself the biggest, best sponsors.

Taylor Swift's music: Well ... She's very pretty, very tall, (5'10"), has great legs, but doesn't sell sex in what she chooses to wear; her dance moves are rather childlike, ordinary (not spectacular); she sells a pretty, friendly "very nice" girl whom you'd invite to your home for dinner. Her voice -- tone, delivery, phrasing -- well ... her songs have a story-telling style that doesn't inspire me to sing along with her, or hold onto the words or the ideas in my mind, but obviously, she inspires the younger generation.

Since her music doesn't thrill me, I asked my son JD, who said -- "She's hot. Hey, a young pretty girl comes along, who's beautiful enough, who's a good performer, who either dresses in a bold way or sings in a bold way, and everyone declares how revolutionary and ambitious and amazing she is, till the next one comes along."

More than anything, I'm intrigued by Taylor's drive, her business brain that analyses, figures out what people want to hear, and creates it. She expresses a private thought or experience passionately. Making her real self anonymous, but digging into herself, this artist shares her experiences as a girl-woman.

(Wait a minute, isn't that what I do? Isn't that what anyone HAS to do in order to find an audience? That's what I did when I choreographed for my dance company. Didn't I do that when I wrote my six novels -- created characters in which I could express aspects of the real me?)

Okay, hiding herself, Taylor creates drama out of her real life -- love, success, enemies, fears, sorrows -- and hides herself while expressing herself.

Here are 3 videos. What do you think? Do you sing her songs in your mind? Are you part of the younger generation who is thrilled? Or part of the older
generation, like me, thinking hm ... hmm ... hmmm?

Formulaic is a word that comes to mind. It's not enough to just listen to the sounds anymore. I've pretty much stopped and am making new ones for the first time in 25 years. Still: Radio is a mostly dead medium and it is imperative that one has the whole package. Your son understands the critical ingredient of what it takes to be what you referred to as a Superstar. As long as her beauty lasts, she will do well and that isn't likely to fade anytime soon. My ears haven't heard anything that impressed them since Metric's last album and the hand full of tunes from The Studio Killers last year. sez Dustspeck