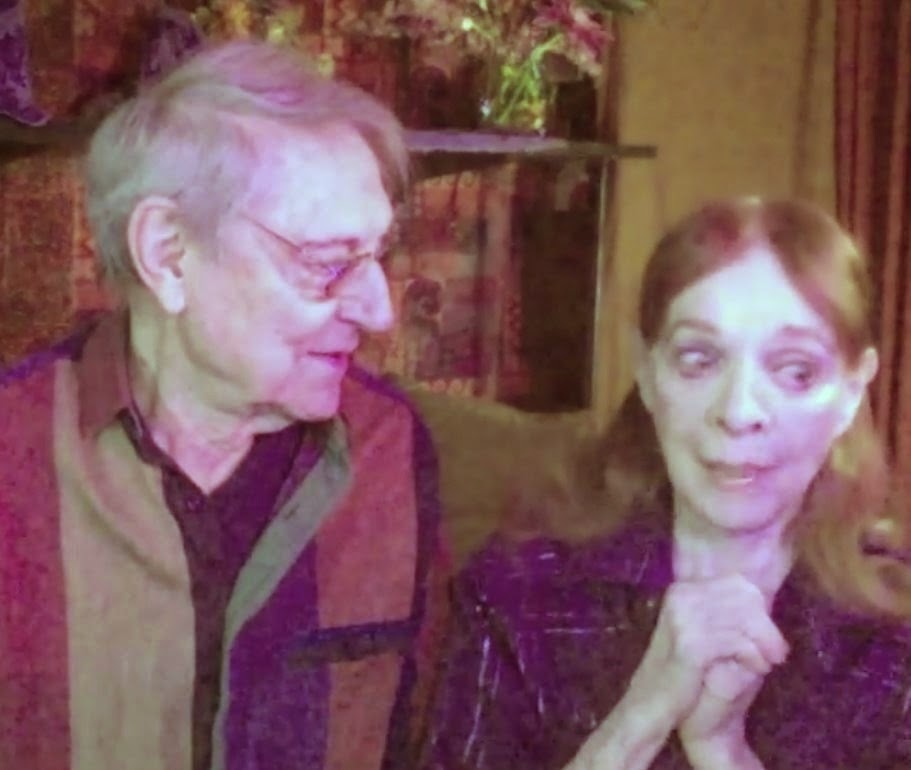 Teasing John, Em acts out how John Cullum watches a film -- how he plays the leading roles -- frowning, scowling, pondering -- acting the hero's part as well as the leading woman's part.

John Cullum explains -- black and white movies were his favorite thing when he was a kid, and the leading men were his heroes.

Since he's seen these favorite movies so many, many times, he knows the lines, and instinctively plays all the roles.

I'm with John on this all the way Emily. George Kennedy; through his classic movie show; (George Kennedy at The Movies), got me started following the old movies. I also picked up a lot from the burning up of what was left of film stock from long ago at The Capitol Theater in downtown Flint, Michigan from the middle sixties until I left town in 1982. I never stop learning more about classic films and wish I was the guy who's job it might be to talk Billion-heir Ted into which ones to rescue and present. I've been looking for lost movies that I only saw once or twice for as far back as 1970. It's a great way to partially remember things and times of your life. Some of my memories of movies are of the theaters I saw them in; like The Lido; I think it is, in Paris, France where I watched a re-release of one of the Star Wars films with my Mrs. T. Tijssen in the middle to late 1980s? They had a lady with a tray delivering drinks to us in our seats and she had cigarettes and candy too. Amazing/other worldly stuff: Like the movies themselves, they transport us to places where reality seems like it has been suspended at times and then you taste life's futures; that you understand later, you were possibly guided to by people you never knew other than through something you once saw on The Silver Screen. Quasimarcus

Hey Emily: I made the mistake of mixing up two Kennedys, (George and Bill). There are a bunch of Kennedys that I like but Bill was the on who had the TV Show from Windsor, Ontario, just across the Detroit River that was a platform for learning about classic Hollywood movies and about the people who worked in that industry when he did. Mohamed Ali didn't tell me to tell you that us guys who have taken way too many head shots sometimes get things a bit mixed up but I'll bet he'd back me up on that one if he was here with me right now? Bill and Mohamed: There's two ultra-cool dudes from my neck of the woods. That's what ye call, "a classy copout". Dustspeck