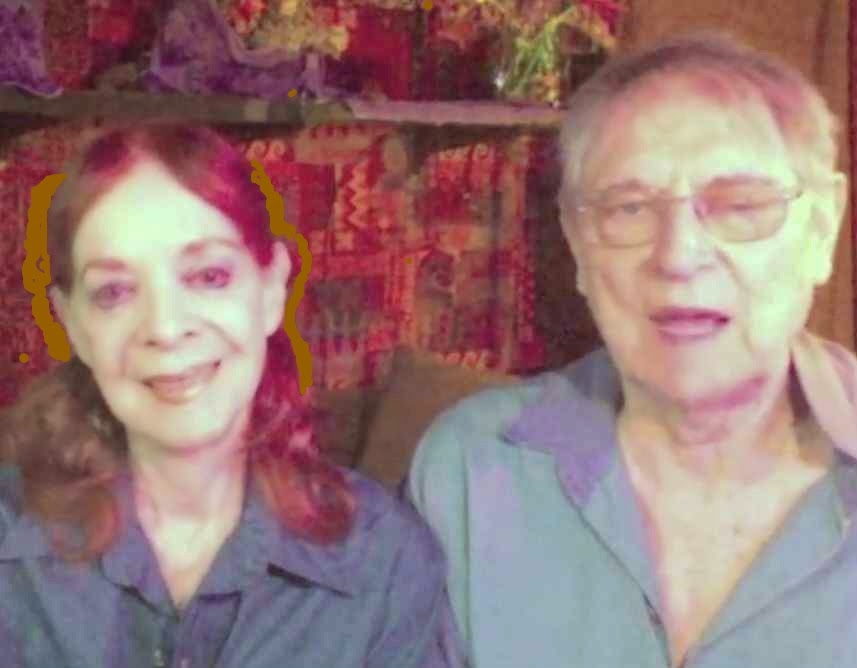 Back in the days when John Cullum and Emily Frankel were newlyweds, they lived at the famous Montecito Apartments in Hollywood, where many New York actors resided when working in films. That's how John got to know Robert Duvall.

Em finds it amazing, how John and Duvall's careers grew, since those days, in vastly different directions.

All the awards Duvall has received, the various fascinating characters, the major film projects that Duvall has been involved with continue to impress John. But Duvall's intensity is what John remembers -- not just from the films, but the way Duvall and he competed in tennis.

THX1138, aka Boo Radley, and on and on, is one of my all time favorite acting dudes, but I'm pretty sure I'd rather play ping pong with John than a game of tennis with Robert. I liked the full circle thing he did with his role in, (Sling Blade), completing the narrative of the flipside of the, (To Kill A Mockingbird, part), by playing the father to the man that Billy Bob Thornton designed. His movie was a reflection of the former and made us a nice story of probably what he thought a guy like Boo Radley would have been like if there was ever a sequel. I think that he answered that nicely and the Robert Duvall counter point within the story added a touch of class that is undeniably one of the great moments in film history, a touching rendition, a cherry on top of a wonderful career. He ain't done yet of course and neither is John even close. I'd cast John as a leading man without hesitation and try to bring in THX1138 as a supporting actor. I hope he's not too big-time to play second or fifth fiddle. I'll bet he ain't? I have twenty turkey feathers on John to win the next tennis match between them. See: The challenge has been set. The gauntlet appears and the stakes are even money with Dustspeck's fictitious feathers leading the way. Benjamin Franklin thought that turkeys should be our national bird due to his scientific reasoning, practicality and pragmatic nature. Let us talk about that some time in the future. That Turkey is on all the best money though. That's something. sez Marcus