The top computer guys are racing to be the first to make a quantum computer. 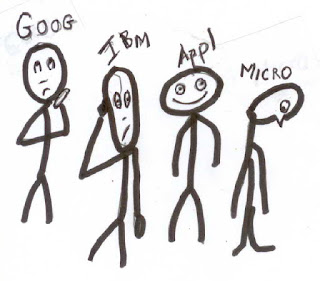 Hey -- are we on the verge of technology that would make your computer into an out-of-date thing, like an  abacus? Are our computers sort of like horses that we were riding not really that long ago, and now we're riding in jets?

I'm not a computer creator, programmer, math person, scientist. I am just a user. I vaguely understand that the computer I'm using is going to be replaced by something faster, better, much more advanced.

Yes, I have read in more than one place, that the quantum will be millions of times more powerful than today's fastest super computer. Oh my goodness, all that stuff we bought, we did, to update, to make our computers do more, faster, and better. 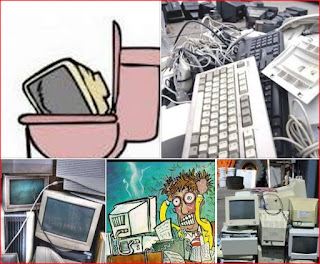 What will the new computers have that's different from what we have now?

Bits -- binary digits is what we have. We are going to need qubits.

Quantum computers make calculations using qubits and rely on physics to make multiple parallel universes. Example -- if you had to find an "x" written in 37 million books in the Library of Congress, a typical computer would look at every page in every book, one at a time -- it would do this very quickly but in a serial process. The Quantum could look at every page in every book at the same time -- yes, simultaneously -- looking for the X by splitting the task into a billion parallel universes and finding them all, right away, simultaneously.

IBM announced excitedly that it found a way to detect a spooky-weird quantum error characteristic -- the very act of looking for an answer can make the qubit change its answer. So science guys need to create some mechanism that can figure out which is right answer.

Yes, it's weird and it's spooky too. The art of programming qubits is as big a challenge as making the Quantum machine in the first place.

Software today -- based on algorithms which are linear one-step-at-a-time calculations -- is definitely going to be useless. We will have to find a way of coming up with a recipe for apple pie in which all the ingredients combine in the pan in the same split second.

It's terrifying. I dug up two videos. Look at the first one -- if it doesn't make sense peruse the second one. Don't moan! Just look and learn and you'll know as much as I know, and be braced for the future.