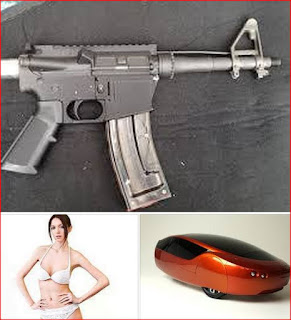 Yes, it is all truly amazing. Hard to believe that plastic molded versions of some of these substantive objects can function in the same way as the "real" objects.