In Davos, an enchanting resort town in Switzerland, since 1971 the world's leaders have been getting together for the World Economic Forum. 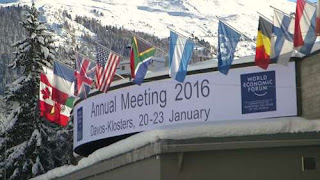 This past January, for three days some of the world's most powerful people shared what their countries are doing and worrying about. What was shared undoubtedly affects global trends as well as decisions. Last year, at the January 2015 meeting, the theme was "New Global Context." The theme of the 2016 meeting which was the 46th annual conference, was "Mastering the Fourth Industrial Revolution." 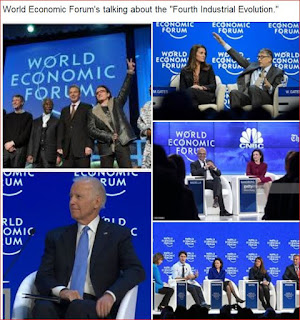 Meetings and lectures reflected how technological innovations -- artificial intelligence, machine learning, robotics, nano technology, 3d-printing, genetics, and biotechnology -- are profoundly affecting business as well as plain ordinary people. With the expanding "Internet of Things," there's a mounting concern about unemployment, and predictions that millions of jobs could be lost in the next few years,

Aside from many countries bracing for what might be another global recession in 2016, and last year's emphasis on gender equality, racial, and religious differences, in the spur of the moment get-togethers in hallways (also on the ski slope, and in stores on Davos' main street), there was a lot of talk about technology changing every aspect of our lives -- from how individuals earn a paycheck to how states fight wars.

Hey, I am not one of the powerful people. The Davos Powerful People seem like the parents of the world of today, watching over us ordinary kids.

Golly, I'm glad the parents are searching for ways to handle fascinating new technology. I'm just hoping the 4th Industrial Revolution -- like electricity, autos, planes, motors, and factories made a better life for us -- will truly make us a much, much better life.

Guys, it scares me, but it comforts me that they're talking and pondering.

Thanks for the post, Em!
If I knew about this WEF summit I've forgotten it. Typical for me these days ;-)
I will check out the proceedings/youtubes though, it sounds amazingly interesting.
I'm eager to hear how world thinkers think about.
Once again you rock, Em, I appreciate your posts mucho!
Gary

Very informative article Em. I do hope they give our grandchildren a better chance for success.