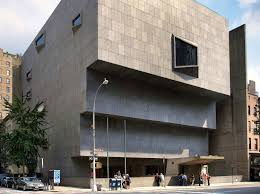 Like? Yes. Maybe we'll learn to love some of this contemporary art, if we begin to like it.
Posted by em's talkery at 4:00 AM

I love the Met. It will be interesting to see this new wing.

I like the art by the Indian artist. Not sure about some of the rest of it.

Informative article, Em. Not sure I can "get into" the new art, but maybe it will grow fungus like on me.