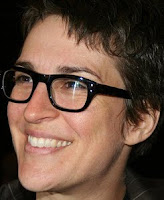 Good God! Mrs. Clinton, Secretary of State, our Hillary Rodham Clinton who made a place for herself in my life, isn't on the list?

Or Rachel Maddow, girl reporter, who gives me a clear, honest, straight look at the news every night -- she isn't on the list?

Time Magazine published a list of the 100 most influential people in America. There are 64 names on it that I do not know, do not recognize.

Who put together the list -- a committee? Donald Trump? (the guy controls an awful lot of everything behind the scenes these days -- I think he wants to be King of America, but he'd settle for being our next president. )

Okay, I'm simmering down! I see the credits -- the managing editor and his assistant assembled the list.

Should I be annoyed? Or impressed? Should I be wasting think time on this list? The editor says they picked -- "People whose ideas and actions revolutionized their fields and transformed lives ... you might not have heard of them but their innovations and efforts will help change the world for years to come."

My goodness, Hillary's efforts are changing the world. She's transformed the lives of millions of women for all the reasons we know by heart -- Hillary the wife of a brilliant president, tough-minded, brilliant scholar on her own -- Hillary the political mind who could have been our president, who lost to the man she competed with intensely, whom she's now helping with her boundless energy -- right now, this very moment, Hillary the Secretary of State is working for him and for us throughout the uneasy, ruffled world that she is calming down.

Hillary the woman who understands love, loyalty, devotion, family, commitment ... She was badly hurt by what her husband did, in front of the world's eyes. And she has brushed herself off, stood up, stood tall, never avoided that painful reality, but made it part of her, part of what makes me, and the thousands of women throughout the world need Hillary, have Hillary on our list. She's revolutionized our sense of marriage, and transformed many lives -- her courage and lovingness will help change the world for years to come.

(Hey Time Magazine editors, I'm quoting you -- using your criterion -- you need to revise that list.)

As for Rachel M: She's knocking us out, revolutionizing our sense of politics -- her courage, insight, honesty and energy is helping to change our world right now. Maddow is giving young women, (and men too) a look at what's happening without political, racial, or social-societal prejudice of any kind. "Just look" she says, telling us, teaching us not to close our eyes, or close our minds to new ideas, or be afraid.

Hillary is the woman to emulate. Rachel is the younger generation that gives me hope for the future.
Posted by em's talkery at 4:36 AM