IS TRUMP RUNNING FOR PRESIDENT? 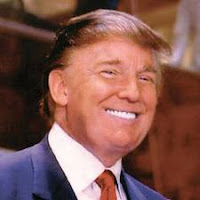 October 2010, Donald Trump, in a video, said, "For the first time in my life, I'm actually thinking about it [running for president]. I see what's going on with this country and it's never been worse. What's happening is a disgrace."

Trump cited what he called the "unfair" trade relationship between America and China and the administration's inability to utilize the country's top business talent in trade negotiations as his main reasons for mulling a run.

"I love this country, we have a great country ... but it's not really great like it used to be. Let's face it, we are no longer respected the way we used to be respected, and if we keep going like this, within 10 years China is going to overtake us easily," Trump said.

When asked what party he would choose to run for, he said, "I'm a Republican, so if I did anything I'd do it, I guess, as a Republican."

Trump's comments came after it emerged that New Hampshire voters were polled by telephone about their feelings about the Trump running in 2012. Since, traditionally, New Hampshire is one of the first presidential primaries, and is often the place for candidates to test themselves before deciding whether or not to throw their hats into the ring, I was amused when Trump, on Fox and friends, said, "It wasn't my poll. I didn't pay for this poll, but I hear the results are amazing."

I don't trust polls. I don't trust that accurate numbers are reported. But when the famous Apprentice Host, whom I find pompous, and annoyingly over-confident, mentioned in March of last year, that he was "thinking" of running in 2012, and said it again, 11 months later, in February -- hey -- it means the guy is running.

AND March 2nd, on the Today Show, Matt Lauer asked Trump if he was considering running for President of the United States in 2012. Donald Trump immediately expressed his concerns over creating a no-fly zone in Libya and what the Governor of Wisconsin is doing for his state. That's campaign talk.

I'm cringing. I throw up my hands more or less the way I do over most of Palin's comments. when she talks about how to handle issues facing this country.

I think, aside from Romney, ALL the names in the air are balloons that have been around for quite awhile, and are already leaking.

Yes, The Donald is a SUPER-SIZE WEATHER BALLOON -- seriously flabby from floating all over the world, in and out of beds and businesses, but maybe Trump will bump most of the bitty, not pretty, other balloons out of the air -- pretty Mitt and Sarah don't fit together, so hey, okay -- DT's views might be good news!!!

He won't last past the first primary.

"We're not respected" - all we need is Trump as a figurehead... Yuck. "They are the enemy" about China. Yuck.

Saw a great report on Rachel Maddow about the fact that candidates aren't declaring candidacy because they can do unlimited fundraising until the day they declare...

Buffoons usually get booted by the public before it's too late. Didn't work in 2000 and 2004 though.

The Republican Party is not the Republican party as it use to be and that's not good for our two party system in this country. Donald Trump is just one more on the current list of so called candidates of the Republican Party that are total 'wingnuts' that is very scary. DT has some money and likes the spotlight like so many others on this list of Republican Candidates. But that's not a reason for any of them to run nor is it a reason to vote for any of these candidates. This is not American Idol or The Apprentice this is about the survival of our country and our way of life. Would I buy a car or real estate from DT or any other person on this Republican list of candidates absolutely not they all appear to be self-serving personalities and we need people in government that are going to serve the people, all the people. xxxxoooH.