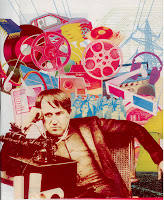 Great blog today! Thomas Edison was truly a genius and invented so many important things and did so much good to further mankind and progress to where we are today. I agree with you Em and salute this great man! One could spend days looking over all the things he invented...
kam Kathleen Ann McGee

There's something bad about Edison that I read not too long ago, but I can't remember what or where. He was nasty to someone or hard on his workers or something. Still, I'm going to miss my incandescent light bulbs.

This blog would make a fabulous TV documentary. I couldn't pull myself from it. I was thinking about you and googled your blog and this piece captivated me. What an interesting man interestingly portrayed! Brava!

What a great blog! I had no idea of the full extent of Edison's work until reading this. Thanks Em!