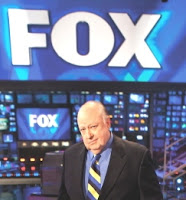 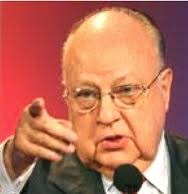 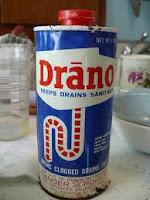 When I think of FOX these days, I immediately think of the shaft that was stuck up Al Gore's ass the first time George W. was elected president. It was their early determination of his win that all the other networks followed when Al Gore had clearly won the vote. Along with the debacle in the state of Florida and we all know he was governor, FOX has been on my proverbial "shit list" ever since. Now we just have a name a face rather than a logo.

And with regard to Obama, the Republican candidates and this country as a whole; FDR is dead, so the likelihood that one man could steer us in the right direction is slim to none. Too many people praised him as the "black hope" so to speak, and were naive enough to think that he'd be the president to destroy the rift between the parties so our government could actually accomplish something worth while for the people who live legally within its borders. At this point, until the political posturing and bickering is eradicated, the ship will continue to slowly sink. Maybe a few good bills will slip through the cracks but that's all. And frankly without any thinking, because that's what the last president did very little of...Obama should get a second term simply for having to follow his 8 year reign in the White House. It has to rank as the worst in this country's history. That is all.

Roger Ailes sounds like a loser in the long run. What he does for a living is wrong and gives the wrong impression to the public about whomever he is helping to campaign. ROGER AILES=RED FLAG! Thanks for whistle blowing on this guy Em. I feel more informed now.
kam Kathleen Ann McGee

It's instructive (though painful) to watch FOX news for a while. It's scary to think how many millions of people watch it all the time.

I have been aware of Ailes and his hateful, dreadful persona for years. He has always been on my most hated list. He runs FOX and FOX is a hate machine, filled with anything BUT the truth. It is the arm of the Republican Party and was used by the Bushies and the Neocons as a way to spread lies and suck in the ill informed.

I recently read, that the average person who only gets their news from FOX, knows less than a person who watches and reads no news at all!