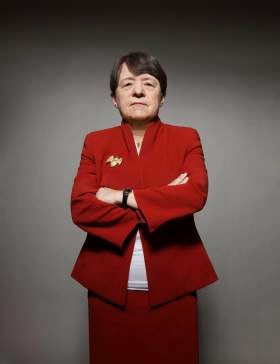 Thank you for this post. I didn't know much about Mary Jo White before.

"Timely"...amazingly so. How it is Em that you bring to the forefront items of interest, that many did or do not have a clue as to the importance and relevancy to their lives. You are now playing in my backyard and I can attest that the lady in which you write about- Ms. Mary Jo White - has a daunting task ahead. She WILL expose just how "unfair" the stock market operates, and the trading in such, is not always or has NEVER been on a fair playing field (and that's putting it mildly). As Ms. White progresses through with the dredging of the muck, many "day traders" will learn all of their dollars- many a whole retirement account- never stood a chance as the big fishes unjustly. unfairly and probably , in some instances, illegally gobbled them with ease. This lady will change the stock market "game" forever and should have an impact on world economies as no other woman before her "could". Thank you Em for being in front of the story. GREAT work!

Thanks for such an informative article Em. We need more Mary Jo's in this country. Embezzlers and other crooked business persons need to be held accountable for their crimes.

The fortunate/unfortunate thing, is that everything is a 'fad' with an expiration date. But while it lasts..we are being eaten alive.
Technology has created the speculative day trader, who can do so without even leaving his den.
Lets see is if there is actual long term action, and not just more louder noise to quiet us bleating sheep.