If you looked up and saw it in the sky, would you know it was a drone? 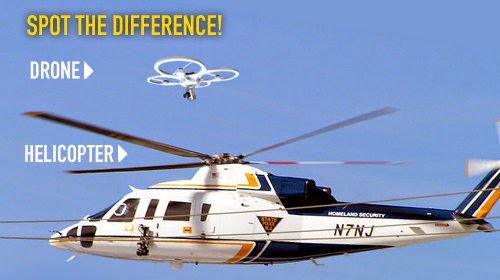 I wouldn't. I haven't yet seen one.

Yes -- I'm worried about drones. I read, and heard, over and over again, that America is not prepared to deal with them even though many drones are already filling the skies.

That drone that strayed into White House airspace recently (which is a no fly zone), shows us that a determined droner can get around the rules.

The acoustic sensors that are already at the White House and on the estates of celebrities (sensors can hear the drone and warn you), get confused by noises like weed wackers. Other methods for stopping drones -- jamming them, or shooting them down -- seriously affect other forms of communication, like cell phones. 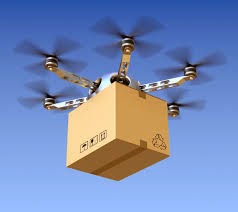 Good news -- the Federal Aviation Administration (FAA) boss, Michael Huerta, announced some rules recently. Drones weighing less that 55 pounds can be flown by operators who can pass a basic Aeronautical test. A drone can function only in the daylight, at no higher than 500 feet. It must remain in view of its operators; it cannot be used or flown over people.

This is a “good first step.” -- said the Association for Unmanned Vehicle Systems, a lobby group working for some big businesses.

Meanwhile, DHL, a delivery firm, has begun delivering medicine and other urgent supplies to Juist, a small island that's just a few miles off the German coast. It is the first drone-delivery service operating beyond line-of-sight in Europe.

Hey, a small drone now costs less than a few hundred dollars.  Are we, or aren't we going to look up and see a little package from Amazon, or a pizza being delivered?

I find drones to be very worrying.