(In the olden days, [19 years ago], how did we manage to survive before there were hyperlinks connecting us to zones of knowledge we didn't know existed?)

Anyway, along with this book selling like hot cakes, there's a new group of PhD, MD authorities, who are ready, willing, and more than able to advise, support, chat, and reassure you that you mustn't worry or feel guilty, you are normal, not abnormal.

Real of not, the authors proudly state that what turns us on has not been studied since Alfred Kinsey studied it the 50's. They say that a male's physical and psychological desire is generally simultaneous, and specifically focused on the physical attributes of another person; females are more complex -- when aroused physically, females are not necessarily psychologically, or emotionally aroused, which often motivates women to fake.

(Hmm, is this a revelation? Isn't this more less what I've heard before?)

No doubt about it, it's a fascinating concept that will educate us about the words. phrases, and spur-of-the-moment questions on the minds of our friends, neighbors, and strangers, while they're playing with their latest, fanciest, electronic toys.

I can't help wondering about my umpteen searches (easily a hundred-thousand searches a week), and how they affected the computer-coded billion wicked thoughts.

I can see how numbers, percentages, on who-looked-up-what would affect advertisers, but gee ... I'm not really dying to know (or hungry or curious) to find out what other people looked up, learned, observed, enjoyed, or got sexed up over.

Hey, "A Billion Wicked Thoughts" might wham-pop-pop you out of the olden days into better, freer, less inhibited, sex fun right now. 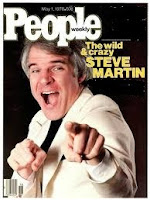 How do I know? I know from how it has corrupted and distracted me. The Asian-elder-wiser Em is saying the more you create, the more you need to do and be, purely, what you are.
.
Posted by em's talkery at 4:00 AM 2 comments: 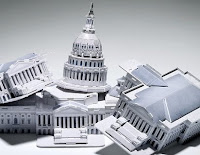 A recent article in Newsweek, "Dear Congress, Government Is Broken, These Guys Can fix it," hit me like a ton of bricks.

Our government has seemed broken -- Congress stymied, stuck -- doing nothing for months. It's haunting me!

I blinked at the article -- legal stuff isn't my cup of tea. It looked as if it required heavy-duty, concentrated reading. The first item -- patents -- seems kind of dull and not very significant, but I skimmed the list and got a sense of the 20 bad laws and what needed to be fixed.

The 20 laws had nothing to do with our stuck congress and the "no-no" Republicans, so I turned the page, but some of the items stuck in mind. The idea that out-of-date laws are keeping our courts too busy, messing up a lot of lives, annoys me. And it sounded as the problems could be solved.

The author, Philip K. Howard, kept mentioning common sense. Howard, age 63, has written, studied, lectured, and been published in all the well-known publications. He testified in Congress about the need for common sense in our laws. He sounds like a non-partisan surveyor, and an expert in what's wrong with our government. And common sense -- oh boy -- that's what we need right now in Congress, and that's what he's pushing.

Apparently a lot of laws that don't work are obsolete, and need to be updated, or discarded like debris.

With common sense echoing, I've mulled over the list.
1. Neutralize frivolous patent claims. (Okay, I figure too many are inventors patenting stuff that's already been patented.)
2. Create medical malpractice courts. (Okay, for handling frivolous claims -- it would help our doctors.)
3. Fix civil service so that ratings are based on merit. (That sounds fair -- maybe more unemployed people could get civil service jobs .)
4. Fix school lunches. (Apparently by spending six cents more per meal, the government would save money -- be spending less on health issues for overweight kids. Hey, that sounds important!)
5. Streamline entrepreneurial paper-work, and make starting a business easier. (Good idea -- my husband and I have started more than two dozen projects that required lawyers and endless paperwork to get going.)
6. Eliminate "seniority" as a criterion for promotion in education. ( Yes, that will enable the hiring of young teachers.)
7. Modernize shipping requirements.
8. Increase the visa (passport) cap, so we can import top talent.
9. Give preference to wireless technology. (Booming Cell phones and tablets businesses need it.).
10. Consolidate financial regulators. (Apparently there are too many on the payroll -- money and time are being wasted by regulators arguing over who's handling the turf.)
11. Update accounting, so that pensions are based on current figures.
12. Update regulations on teacher hiring so they're based on achievement, not education.
13. Permit more tourist visa wavers so workers can't stay longer in the country.
14. Establish business start-up "ombudsman" -- i.e., legal advisers to help.
15. Ease import-export documentation.

(Most of this wouldn't affect me personally, but if the government is moving along, if red tape stuff and unnecessary paper work is reduced, my "common sense" says it will affect Congress.)

16. End mortgage deductions that benefit wealthy home owners.
17. Permit U.S. firms to compete with foreign firms who ignore our labor laws.
18. Establish "360 degree" education accountability, hiring the best teachers. (Schools and teachers are going to be helped by fixing the bad laws on this list.)
19. Break up the big banks that are making bad investments.
20. Ban foreign "intellectual property" pirates.

Philip Howard, the common sense king, says the government's got a giant junkyard of laws and regulations. He's thinks we need, urgently, a general "sunset" law, so that laws with budgets would automatically expire every 10 years, unless the law is re-enacted, or reviewed. Then, at least, these regulations would be current. Right now they're dusty, and creating unsolvable problems, wasting time, costing the government, and us, the taxpayers, money.

Well, mull over the list, and if it makes sense to you, pass it on to your neighbors. Got a dust buster? Having mulled this over, my common sense tells me to plug in my dust buster, blow this dust around, and make plenty of noise about fixing bad laws, before the big house-cleaning day in 2012.
Posted by em's talkery at 4:00 AM 2 comments: