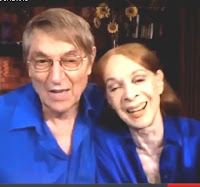 Oh boy! Not already! It's happening, we're in it right now!
Em Frankel and John Cullum both feel as if they're still recovering from the last campaign -- Hillary, Obama, and all those Republicans lined up, planning to run.

It seems ridiculous, hugely time-consuming, and very boring --to have to hear the sales pitches of candidates, and their pals, their PR guys, who are figuring what sells, loading us with polls and opinions of not very significant information.

Does the name, ring a bell? Roland Petit, age 87, died in July. If I were writing about Alvin Ailey. you'd probably nod, but Petit?

Who is/was he? Why am I writing about him?

He was a French choreographer, a creator of 176 works, who continuously reinvented his style and became a master in the arts of pas de deux, dramatic ballet, as wel 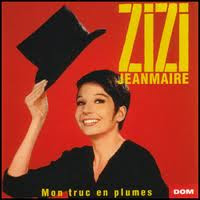 l as abstract ballets. He was married to dancer "Zizi" Jeanmaire, who performed in a number of his works as well the films he choreographed.

Petit is gone. My mom is gone, my dad's been gone for a long time. My brother was drowned, and others -- professional dear friends like Todd Bolender, Sophie Maslow, and Robert Joffrey are gone -- as well as others who aren't famous people, who' have made a mark on the world.

What's a "mark?" Something they built, did, or created that you admire because it defined something you wished you could do, or maybe it was a vague something or other, undefined in your mind.

Roland Petit collaborated with other very famous creators, designers, composers, performers -- names you'd recognize. He made them more famous, and, I think, he made their stardom and his own, vaster, more important.

When I was an up-and-coming dancer, I knew his name, but he was in a far-away land. Of course, I secretly wondered if he'd discover me -- my compelling face, the special concentration that I have, that makes an audience focus on me. (I've seen me in movies. I had a powerful something or other -- I don't know what it is. )

His stars (the ones he discovered and the dancers whom he used as guest artists), all had an animal sensual radiance. Petit saw bodies, especially perfectly proportioned females. And somehow, in working with these various girl/women -- he imbued them, their souls -- with deeper elements of whatever was already there -- humor, curiosity, joy, lovingness, rage, despair. He made them more fascinating, more radiant.

I write about him because the effect he had on the art world lingers, like the Aztec, Mayan, Inca chiseling. 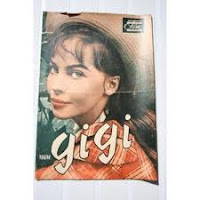 That Petit found her, directed, shaped, and launched her, is one of the reasons why I'm not able to put the fact that he's gone out of my mind. 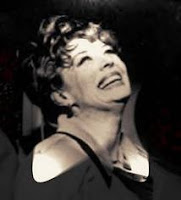 Okay, Fosse did that too, with Gwen Verdon and maybe with Ann Reinking, (whom I don't include on my personal list of

special/favorite/ radiant performers, but she was powerful in Fosse's "All That Jazz.")

I am searching for a way to express what I feel about Roland Petit, and others, those whom you knew, who affected you and are gone. They live -- really live on — their words, gestures, deeds.

They are not gone. Pay attention, nod, acknowledge any moment, anything about them that you remember.

Do it -- remember them, the people who made a MARK on you. Do it intentionally.

I am thinking about how I'll feel at the end of my life. I could be there in a

minute. So I'm saying to you, though you may not hear it, hold on to whatever MARK I might have made on you and your world.
Posted by em's talkery at 4:00 AM 4 comments: 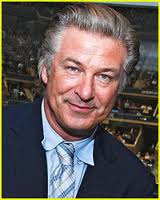 Yes, I am predicting, that one of these days we'll be seeing Mr. Alec Baldwin running for President.
Posted by em's talkery at 4:00 AM 4 comments: 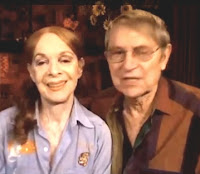 What about daylight saving? It was something we looked forward to, most of us, when we were kids.

John and Em get stuck -- about "time falling back." It doesn't seem as if it's a big issue to John, but Em is bothered -- she finds it depressing that when daylight saving ends, and we turn the clock back an hour, the streets get dark in the late afternoon.

It's not a serious problem, and not something the Cullums can solve, but they sympathize with each other in the special loving way, that they have, supporting each other's point of view.