(VIDEO) WHAT DO WE DO ON SLEEPLESS NIGHT...

Go for a walk?  Talk about various possible projects?  Turn on the television? 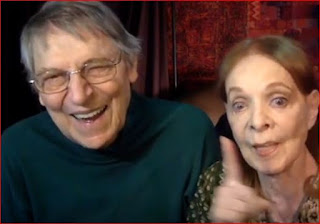 John makes a beeline for the kitchen.  We could have a sandwich--we seem to be hooked on bacon, lettuce and tomato on rye toast--NOPE-- John opens the orange cabinet where we keep starchy foods.  And I get the right-size small pot.

"Thank heaven for Charo," said the New York Times, with an article and this photo. 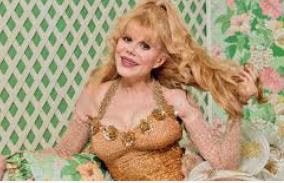 Out of the blue, the photo became visions of the sexy, silly, outrageous girl-woman, married to Xaviar Cugat, and an inner "wow," as the newspaper quoted her saying, "You must live! And you must watch out for the people you love!"

Charo, married for more than 40 years to Kjell Rasten, was walking through her home on February 19, singing, "Good morning, good morning," when she found him. He had shot himself. Her 78-year-old husband, father of Shel, their 38-year-old son, was suffering from a rare disease that is characterized by terrible blistering of the skin. He'd been deeply depessed.

Shel entered just as Charo told the New York Times lady, about making cuchi cuchi with his dad. Bandleader of TreaZon, a heavy metal group, he said, "I clearly picked the right time to show up."

Charo said, "Around the world I am known, as a great musican, in America I will always be the cuchi cuchi girl. That's okay, it has taken me all the way to the bank."

According to Wikipedia, right after she filed for divorce from Cugat declaring she was 13 when she met him, Charo was paid as much as Sinatra, headlining shows in Vegas.

Charo told the woman reporter, "I retreated to the bedroom the month after his death. I cried, but did not pray. I was empty. My time as a woman has ended life as a woman who experiences romantic love. I have my son, my sister, and nephew, and God. I love life. I will continue entertaining, and I will continue praying," Charo said each word as if it were the most important thing in the world. "Forty days after his death, we drank wine and planted a cherry tree to honor Mr. Rasten, and now it bring joy to others."

"The best thing that happened in my life--I recommend it to you--one day you have Sangria, open your legs and get pregnant. You must live! And you must watch out for the people you love! I have a plan. I want to change the world. I know what I want--what I want is what people want. When I read on Instagram, 'You make my day,' they make my day. When I can make people happy, I am happy."

The newpaper reporter asked if she is happy with her legacy and what she has accomplished. 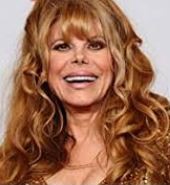 "No!" She said with a girl-woman smile that said 'yes.' "I am a Capricorn, and a Capricorn always goes to the mountain. In my mind, it’s 'Next!'"

According to IMDb, the world's most reliable source for movie, TV and celebrity facts, Charo was officially 16 when she met Cugat. She is currently 78.

The New York Times "Thank heaven for  Charo" rings in my mind along with my "Wow!! What a woman!!"
Posted by em's talkery at 4:30 AM No comments: