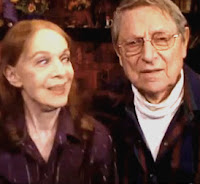 A video of Jennifer Hudson inspired John Cullum and Emily Frankel to discuss "zoning in," a term Jennifer used, describing how she manages to concentrate.

John Cullum enjoys explaining his process -- how he focuses on everything in a play that he's reading -- not just his part. He takes in everything -- the play's environment, it's ideas as well as all the other characters with whom he'll be interacting.

Emily, impressed by what John Cullum does, explains how her penchant for details and her dance training affects her and distracts her as she's learning a role.

John wishes he had more of what Emily has, and Emily wishes she could do much more of what John does, as he's taking on, zoning in, on a play. 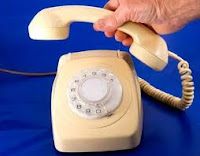 Our land-line phones -- great phones we bought in Malibu 15 years ago -- they've got all kinds of buttons, with names and numbers of important friends and services.

BUT -- the names and numbers aren't current. The phone instructions tells us how to erase and insert new data, but the buttons are sticky. I've sprayed them with blow dust-remover stuff (for fixing keyboard keys) but our six Malibu phones continue to have seriously sticky keys.

Our super pots -- great pots that don't need scrubbing.-- didn't for the first 10 years, but now, well, I am a sloppy pot scrubber. My husband, JC, who is a super-thorough pot scrubber, suggests that we need new pots. 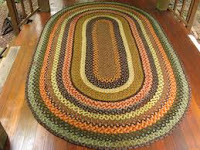 When I was pregnant, I bought the rug it to cover my dance studio floor, and converted the 5th floor studio into marvelous living room. A year later, when I went back to dancing, we took over the 4th floor, the one below ours, and turned it into offices and our studio theater. We renovated our upstairs home, so that our son would have his own room -- desk and shelves and all that stuff a boy child needs. That's how the huge braided rug landed in our bedroom.

Well, the rug is in its forties. Whenever it's vacuumed, the braid has to be pushed or stomped down , sometimes sewn, sometimes glued. We need to roll it up and dispose of it but ... . Gee, I love that rug. I'm attached to its memories.

in the red, orange, and brown room, where we film our videos -- the four pieces look great -- they're fine for short-legged, small folks, but uncomfortable for average-size folks with average-length legs. The couches don't need repairs, however we just don't sit on them.

But gee -- I don't want to shop for new couches. What a chore, getting something that fits and looks as great as the old ones do. It makes more sense to live with what we have.

Other things -- I need new glasses -- eyes are weaker -- I'm making errors even when I enlarge the text my computer screen. And the rest of me -- hair, teeth, skin, hands, knees, and innards. -- I'm okay but I ought to be, watching -- noting any changes in breathing, coughing, itching, and ... oh dear, bathroom habits... oh dear...

No point in listing specifics. I see that fixing what is wearing out has more to do with aspects of me that are wearing out then pots, phones, rugs, couches and ... Oh dear, I forgot -- books!

Our bookshelves are jammed with half-read, boring books, and favorite dear old ones with broken-backs and torn pages. What do you do with old books?

What do you do with your aging, oldering, wearing out self?
Posted by em's talkery at 4:00 AM 10 comments: 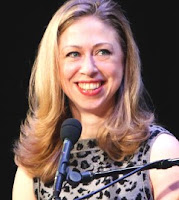 What about Chelsea Clinton, age 32, Marc Mezvinsky's wife? Where did I get the idea that she trying to get pregnant? From gossipers? Or her age -- the biological clock says have a baby before your 35?

Armed with a degree from Oxford, Chelsea's on the board of the School of American Ballet; also working for IAC, a successful Internet services, media advertising company; also working for MSNBC's "Making a Difference" series.

I watched one of Chelsea's recent videos about children needing a good school. I like her but ... well, she seemed like a very objective, organized young woman, sort of spreading her wings. I also watched a recent video of Chelsea chatting with the articulate intelligent, Sandra fluke, whom Limbaugh called a "slut."

Chelsea, sounding a little like her mom, spoke well, but she doesn't seem very powerful, or passionate. I don't think she's a potential candidate for anything just yet. 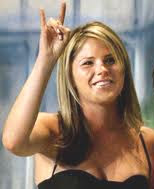 What about Jenna Bush? George W.'s and Laura's daughter is quite often in the news. She's 30, married to Henry C. Hager; she's also part of the NBC "Making a Difference" team, as well as a teacher's aide, author, and a correspondent for NBC's "Today" show.

Jenna, currently chairwoman of the United Nations International Children's fund, (UNICEF), recently hosted and outlined the group’s history and mission for a rather large crowd packing a Lower East Side Gallery. She's making UNICEF's fund-raising more accessible to the post-college, fashionable young people, who are using their social networks to educate friends and raise money for worthy causes.

Clearly, Jenna's got her mother's poise and says all the right things like Laura did. But then I saw what I think is the real Jenna on "Today," talking about the costumes that were worn in some famous Broadway musicals. I don't think it's a very exciting subject, and Jenna, enthusiastically dancing, singing, playing various roles was ... well, it was somewhat face-aching, but if the Bush dynasty booms again with Jeb, I'll bet Jenna will be involved.

I feel that Jenna, like Chelsea, is still figuring out who is she and what she wants.

What about Ron Reagan, Jr.? The former ballet dancer, possibly gay son of Nancy and Ronald, has been married since 1980 to clinical psychologist, Doria Palmieri. He's in his fifties, lives in Seattle, and appears now and then on various news shows. On "Larry King Live," discussing whether he'd run for political office, Ron stated "I'm an atheist ... polls all say that, you know, people won't elect an atheist."

I like him whenever I see and hear him on a show. I don't always agree with his opinions, but the way he expresses his opinions teaches me something about saying what you believe in dispassionately, with energy, but no anger or self-righteousness.

I sense that Ron would like to run for some political office -- not now, but if circumstances change, he might give it a try. 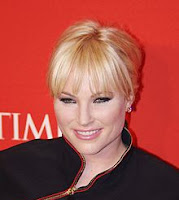 What about John McCain's daughter, 27-year-old Meghan? She's got a bachelor's degree from Columbia University. Currently, she's a contributing author for the Daily Beast; She appears on MSNBC and has written and published two books -- in 2008 "My dad, John McCain," in 2010, "Dirty Sexy Politics," in June of this year a new book (co- authored with M. Black) will be published, titled "You Sexy Bitch, A Love Letter to Freedom."

Meghan has said that she's "a woman who despises labels and boxes and stereotypes." She proudly declared that she voted for John Kerry; that she's pro-life, sex education and birth control, and against Arizona's anti-illegal immigration law. She's said that she supports same sex marriage and other gay community causes, and expresses concern for the environment, and declares she loves Punk Rock, loves men, and has a tattoo.

Meghan's got the look, the sound of a public figure, and clearly, with her opinions, and book titles, she's promoting herself as a hot babe. I can't help wondering what her dad thinks of all this, but she seems to be building herself into a potential political something-or-other.

Click the links -- glance at or study these video's. Mull over these famous 'kids' -- times change, the kids themselves are changing, politics is changing. Many other countries have king and queens, and children of former rulers -- presidents, or "almost" presidents -- are serious potential candidates.

Jenna Bush on the Today show.

Meghan McCain gets candid, CBS.
Posted by em's talkery at 4:00 AM 6 comments: 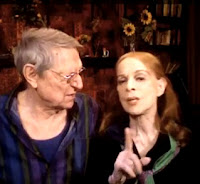 Being an exercise maven, Emily Frankel wants her husband, John Cullum, to share with her how he's doing with his daily-exercise routines.

Exercise is NOT something John Cullum enjoys though he has kept himself in reasonably good shape -- he's slender, and capable of just about any physical activity, including dancing.

John describes his routines and of course, Emily kibitzes.

As a loving wife and choreographer, she watches over her husband, inspiring him to do more.