She amazes me. She's got a real talent-- for talking to gatherings of people, large and small, reaching out to them, communicating with them in a down to earth, personal way. You feel her energy, her conviction, see it in her gestures, focus, posture.

What she's says and supports I don't agree with. Am I right and she's wrong? Recently what she's said about women needing guns, about being a Mama Grizzly Bear, about up-and-coming new women in politics-- what she advocates is the antithesis of what's front and center, major to me.

I think Sarah Palin is a powerful woman, who knows what she feels and believes in and has enabled herself to say, do, speak for, reach for, and get what she wants.

President of the United States? I am sure she weighed the possibilities, and saw that it was a wrong thing to reach for in 2012. Perhaps she didn't want to be attached to the Boehner Republicans or the Tea Partiers and how they stand on the big issues-- paying off the debt, taxes, immigration, jobs and "Obama-care."

Why is Sarah Palin on my mind? She's an ex governor, ex vice presidential candidate whom many people love -- it's sort of a Sarah P versus Hillary C thing -- this is the time for a woman to emerge as the number one most important person in the country.

My feeling (not knowledge), my instinct based on what I've seen and heard Hillary say -- Hillary is not thinking "President."

I think Sarah P is. It's just squirreled away temporarily. It's the wrong time for her.

There are too many echoes from what she's said and done before, what's been rebuked, booed, put down by press, critics and fellow Republicans. who can and will support her if she wants to ascend again.

A good cook, good mom, good wife let's things settle, brew, simmer, without throwing out what's cooking on the burner. She's got books, fans, supporters, tweets, a staff, a news show, and rich potential backers who are there for her to heat up again -- re-ignite with Sarah Palin for President 2016.

Since 2009 I have written nine mostly anti Palin posts-- praising her while putting her down, pleasing some think-alike friends, infuriating a lot of my husband's love-Palin family and their friends. Fearless Frankel. That's me. I think we will be dealing with Sarah Palin again, very, very soon.
Posted by em's talkery at 4:00 AM 6 comments: 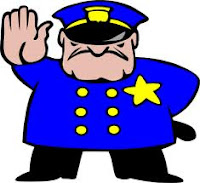 Getting a drink of water? -- buy a bottle? Waste your money? It's often filtered tap water. You're cluttering up an already overfull garbage dump -- plastic bottles take years to dissolve.

Heading out for a walk? -- shouldn't you worry about what's in the air today? Is the sky gray from pollutants? If it's sunny -- what about the UV index, got the right SPF cream for your arms, and face? 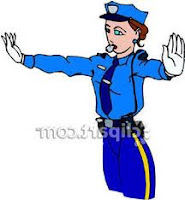 don't forget, tanning in one of those salons is worse than smoking a pack of cigarettes.

Going to a meeting? -- traveling in the germ filled subway? Is it better to take a taxi that's eating gas, filling the air with deadly, global warming emissions?

What about a cup of coffee? It reduces the risk of colon cancer, diabetes,

Parkinson's, gallstones. Hey, coffee is bad for sleep, nerves -- it can even cause rheumatoid arthritis.

Hang around the house? Well, there's a serious worry about Radon. You can't smell it, but it could be there -- it's a killer -- shouldn't you get a radon checking kit and test the place? 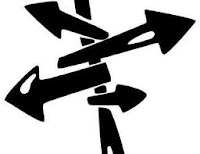 Have a snack, eat something? -- not fruit, not veggies that have been sprayed with pesticides -- not meat that's been exposed to antibiotics or growth hormones! And bearing in mind that there's a water shortage, wash all fruit and vegetables thoroughly -- well, reasonably thoroughly -- but don't waste water -- try to use water sparingly.
.
And don't use plastic cups, plates, or utensils -- they're loaded with toxic BPA (Bisphenol A). As are canned goods, beverage cans, fresh food in plastic wrappings, pet foods, infant formula, as well as copy paper, receipts, labels, airline tickets and film and theater tickets.

If your place is cold, for goodness sake, don't use the oven. Remember, if you use an Electric heater, (or an air conditioner next summer) -- you'll be overloading the electric grid!

Do some work on the computer? Watch TV? They're dangerous, not good for the eyes or the brain. Remember -- sit back -- 18 inches from the monitor, 2.5. feet from the TV -- yes, it'll be brain-washing you every few minutes with ads selling you pills, pills pills.

Listen to music? Not too loud -- it's already probably ruined your ears. 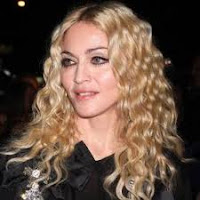 Ahh, that half time show at the Super Bowl ...

For weeks before the big day, we heard about the ads, what they cost, the show, and Madonna.

I'm an Elvis fan. I'm a fan of Michael Jackson -- the magic, the electricity --there's something in the way he moved that I'll never forget. I'm not a sports fan or a Madonna fan, but when Madonna's on stage doing her thing, I'm a fascinated Madonna watcher.

I remember when she was arrived on the scene -- her name delighted and bothered people even before they saw her. Here she is in 1984.

Fun to see them together -- the gloved one was Madonna's date for the 1991 Oscars.


I think MJ was much more startling, amazing, and inventive creatively. I think Madonna's fame-name comes from her gutsy, outrageous display of her sexuality and her need (her own words) to display "truth or dare" revelations of her "blonde ambition."

I looked and looked for a video that shows why audiences are crazy about her. Despite too many credits at the end, IN BED WITH MADONNA shows off Madonna the actress, singer, choreographer, producer, star, uninhibitedly expressing herself.


Yes, she's aging. She's had many hits and still wins awards. Just recently she won the Golden Globe Award for 2011, for MASTERPIECES, a song she wrote and performed, that's just been released.

Well, there she was at the Super Bowl, the star of an expensive half-time show that reminded me of the Olympics. There were marching bands, choruses of men, choruses of women, acrobats, fabulous set changes, light changes, crowds of extras that suggested a gathering of people who were carried away by the spirit that was generated by their voices and bodies reacting to music.

The songs, some hers, some belonging to others, seemed to blend. I found myself focusing on the super high stilettos Madonna was wearing as she marched, knees-up, knees- down -- as she plied -- bent her legs in what we dancer's call "second" position, with her turned-out knees and her stilettoes (her feet) about three feet apart. Once she sort of skipped; twice guys flipped her in a cartwheel slightly awkwardly; she perched on someone's shoulders, stood on someone's shoulders; she was lifted and tossed and sang and sang. What the words were I couldn't really comprehend. I only remember a huge bunch of chorus girls chanting "we love Madonna, Madonna, Madonna" in an snap-your-fingers, clap-your-hands rhythm.

The words and music were sort of drowned out by all the stage effects. I was very impressed by the white-suited group of acrobats, though they upstaged Madonna. I remember her suddenly in a shiny black gown, singing, down on her knees worshiping Cee Lo Green, male singer, also in a shiny black gown. I wondered for a second if it was supposed to be sexual.

I have a strong impression of a slender, beautiful face, framed by long blond curls -- Madonna the star -- a bit stiffly, often in second position bump and grinding, knees up, knees down marching through the entire half-time show, showing me that Madonna was indeed it's star and main attraction.

That's a quote from a play I wrote that comes to mind when I think about what she's doing and thinking today -- she's on a world tour now, being praised and undoubtedly also disparaged, singing, dancing, partying, living -- being "Madonna."

If I could, I'd tell her: As you've grown up over the years, you are what you wanted to be -- blonde ambition, truthful and daring. At the Superbowl, perhaps too much "ambition" was showing Give us more YOU, as you are right now.
Posted by em's talkery at 4:00 AM 9 comments: