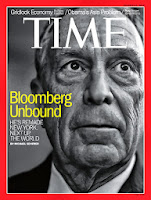 
Oh my goodness, good heavens -- why in the world are we building tall, taller, tallest buildings?

For tourists -- to  get them flocking into the area?

This is the Nina Tower in Hong Kong, that Hong-Kongers brag about to the tourists.

Or maybe the tall buildings are built so that hugely important corporations can promote their names, and prove they are the most powerful guys in the world?

What thoughts, what ambitions -- what inspires the guys who give us these needles?  Is there a Freudian, symbolical significance to these massively  marvelous structures that penetrate, poke into, and impregnate the sky?

Would you want to stay at the only seven star-hotel in the world on the left?

Hey, maybe it would be fun to have your Dubai office in one of the EmiratesTwin towers on the right.

I can't help wondering what it costs to rent space in one of these sky pokers?  Or get your thrills at the top of one of these other sky poker-peckers?

Doesn't anybody worry about huger than ever hurricanes and enormous earthquakes in this day and age of weird, woefully unpredictable weather?

China, in July, started building the "highest building in the world," but temporarily stopped because of concerns with safety, and the need for government approval. The Kingdom tower in Jaddah, Saudia Arabia -- "higher than a mile high" -- is currently (for a few years now) under construction, but when or if it's ever finished, you can bet your bottom dollar someone's going to announce the next taller, tallest record breaker.

Golly, remember what it took, how long it took, and what it meant to rebuild just one wonderful new World Trade Center?  For me, here in New York City, it's high enough.  It tells us, shows us, that mankind's greatest power is to affirm life, and survive.
Posted by em's talkery at 4:00 AM 3 comments: 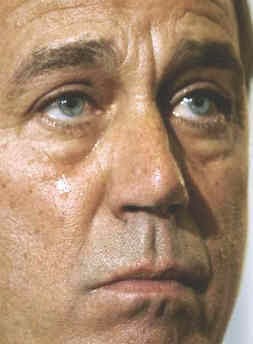 It was taken very recently at the Congressional ceremony honoring British prime minster, hero to many, Winston Churchill.

Lawmakers of both parties spoke at the ceremony that was dedicating a bust of Churchill in the U.S. Capitol, while listening to audio of Churchill addressing Congress weeks after the attack on Pearl Harbor.

As Boehner wiped his eyes, many of the others in the distinguished gathering wept as "The Who’s" Roger Daltrey, sang his band’s “Won’t Get Fooled Again,” as well as Ben E. King’s “Stand By Me.”

Boehner wept before his predecessor, Nancy Pelosi handed him the gavel, the day he became speaker of the house.

He wept as he was congratulated.

Gavel in hand, he wept; and he was weeping as he addressed Congress for the first time as Speaker of the House.

I will never, never forget his ugly, angry tone, and the approving echoes from the Congress, in March, 2010, the day the Health Care bill was passed.

I know from observation, and from what I've learned from my husband, actor John Cullum, that actors who weep too often during a performance, are self-indulgent -- overly concerned with feeling their own feelings. They're thrilled by their own surge of emotion.

When you are moved, you don't need tears to prove it.

Weepy Boehner has aged over the past few years. As he and the Republicans stall, delay, argue, filibuster, hold onto tax breaks  for the rich, attack any and all legislation  that the Obama administration has  managed to pass -- and is attempting to pass -- they're doing what they got together and resolved to do -- stop health care; stop anything and everything that the President is trying to do.

I shy aware from politics. You have your own political ideas based on many things that have to do with your life experiences. The same thing is true for me.

But I am so deeply bothered -- horrified, upset, depressed by what's happened to our country since the health care bill was passed -- stunned that Boehner and the House of Representatives are, by not passing bills, changing the way our government functions -- no longer does Congress -- Senate, House of Representatives and the President whom we elected, run the country.

The House of Representatives is running the country.

Yes, Boehner tears up every other day, as nothing happens, nothing is solved, and the country continues to be stuck. John Boehner's eyes seem to fill with tears but I am weeping for what we seem to have lost.
Posted by em's talkery at 4:00 AM 1 comment: