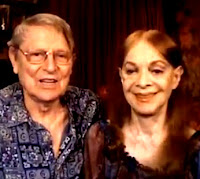 When I saw him play tennis, I was bowled over. He was exciting and confident and a winner as an actor, and it never occurred to me that this same 'star" quality would be evident on a tennis court.

I wish we'd developed a way to share tennis, but I couldn't handle backhand, and never really could absorb the "choreography" involved with serving. Nowadays, we watch all the major tournaments, with me delighted to be watching John, and listening to his running comments on the players , and the progression of each game.

I've asked him, more than once, how he would describe himself as a tennis player. He said, "I was a very good tennis player, tournament level."

Realities are settling in -- a lot of people feel country is on the wrong track. There's sadness and frustration, an inchoate rage more profound than the sign-waving political fury we saw during the elections last fall.

Newsweek Beast polled 600 people and informed us that three out of four believe the economy is stagnant or getting worse. One in three is uneasy about getting married, starting a family, or being able to buy a home. Most say their relationships have been damaged by economic woes or the dread and nervousness that accompany them.

I don't like polls, don't trust them or the percentage numbers. Too much depends on the tone of the questions and the conclusions the poll takers are hoping to get. But I am wondering if the days of rage we've already seen overseas might happen here?

In Spain, protesters recently clashed with police in a violent demonstration against economic woes and austerity measures. Riots have swept the Arab world, exploding out of unemployment and people wanting a better life. Nearly one in five American men between 25 and 54 is without a job right now, while Wall street and the corporations that probably caused the economy to tank, are back, confidently paying executives huge salaries with bonuses.

It bothers me that big banks, and car manufacturers are back to doing what they did before -- like car manufacturers, bragging about the great mileage new cars get. It's s the same M.P H. their cars got 5 years ago. (I remember the ads 5 years ago, when we were helping our son buy a new car.)

And I can't forget what happened in Wisconsin this past winter -- is it a where we are heading? Thousands of protesters (25,000 some say) commandeered the capital building, revolting against attempted curbs on union power.

I think the rebellion can happen here. The wall of accumulated frustrations is already shutting out light and air, There's a new morality in the new generation that's been, bottle-fed on rage and violence, and the terrified despairing seniors follow them as if they're juniors,

I wish I could hide but I'm don't know where the hiding places are anymore, so I use words to protect me and tell me this will pass. We were in Los Angeles when the rioters were burning the city, and the streets were exquisitely quiet, empty, almost too quiet. We were fearful when we saw the sky was red, but relieved when nothing happened -- the madness didn't touch us.

Is that what I'm hoping for? A place to hide? Golly, I don't want to find myself following the kids. Maybe if I pour out a lot of words that others read, and nod over, it might filter into the ears of our new leaders, new pace-setters, the kids ... 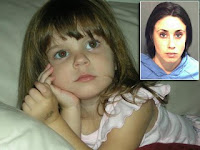 Watching the trial is less painful.
Posted by em's talkery at 4:00 AM 2 comments: 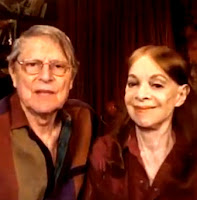 What new project should we take on? We've been producers, raising money, casting my plays, "One Fine Morning." "Zinnia," "People in Show Biz Make Long Goodbyes," "Shattering Panes." And of course, as producers, we worked on creating sets, costumes, lighting, costumes and the very big deal of "selling tickets."

"Panes" was project I started working on more than 20 years ago, with John, John David (our son), and me playing ourselves. It has been THE current project until last year. For various reasons, having to do with other current commitments, it is shelved for the time being. (John is mulling over "Bible Ballads," and my seven novels are in the process of being published as e-books.)

What else can we do? I suggest we learn Spanish. Will we take that on? Though the most fun has always been working on a play, the seed it planted.