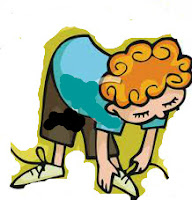 When I put on my sneakers, yank the laces -- tug extra hard on them -- I think of Joe Busby.

When I bought my latest new pair of sneakers, the laces that came with them were too long,

Click and visit what I found on the internet.

I bought two pairs of strong, correct length  laces for $1.26 + $3.00 for shipping. I emailed my thanks to the company, asking, "Who's the owner? How do you guys break even?"

Somebody replied immediately in an email, and said:
"Joe Busby was a manager for Honeywell. for ten years in Dayton and moved to Cincinnati. He started the shoe lace business for various reasons -- two reasons being he wanted to be able to raise a family and work at the same time and also his wife had a full time job and was traveling a lot as well.  (Honeywell International Inc. headquartered in Morristown, New Jerseymm produces commercial and consumer products, including home thermostats, electronic security systems, and turbo-chargers for vehicles.)

"He selected shoe laces because it allowed him to buy and sell. Thus when he quit his corporate job he switched from buying and selling to making and selling at the same time and created a niche market for himself."

Hey, howdy-di- do,  Joe Busby -- I am a blogger, writing short essays -- creating them and promoting them on Twitter and Facebook so that they'll be read.

Actually, I prefer writing novels. However -- having written and published six novels that are selling, (not very well) on Amazon, observing that people are reading less and "blogging"  with their photos, expressing their ideas with  "likes" -- I think it doesn't make sense to devote myself to writing a new novel.  (My goodness, it takes a year or more, to write a novel -- you can create a post for a blog in five to eight hours.) .

So I strain my brain every day, figuring out what to blog about. I wonder if Joe Busby felt what I feel -- sort of bored, frustrated, purposeless -- when he was working at Honeywell?

Oh boy, I could write a book about how to figure out what to write about, and write about all the things nobody told me about growing older -- like white socks.

Years ago, I laughed because my mother, even in the summer wore white socks when she retired for the night. Mom didn't tell me, nobody ever mentioned the leg cramps that we get (my husband gets them too) if we don't wear socks. 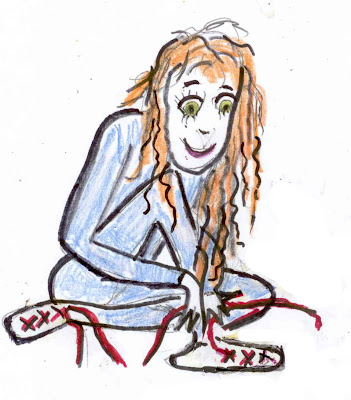 Hey  --  right now -- wow now-- today, I could start  a seventh book -- a big-fat-ever-expanding narration about  stuff  that nobody warned me about. What fun to research it -- get folks to share what's bugging them, and sell it -- like Busby --  2 cents, + postage. Hey-yay yay -- that oughta keep me creatively percolating, for a year or two or ten.


Painting by Ellsworth Kelly, a highly lauded artist, who, at age 90 is "at the peak of his powers."

New York Times critic, Roberta Smith, reviewing the current Kelly exhibits, said:
"Now the New York art world is treating him, and us, to a big party. His boldly colored, emblematic paintings and reliefs can be seen in five exhibitions around town. In unusually gorgeous terms, they attest to a lifelong fusion of austerity and high spirits, and a narrow yet deep exploration of pure colors and simple shapes."

The rooms in all the major museums throughout the world, are filled with paintings similar to what's being displayed at the Museum of Modern Art.

What about Kelly's lithographs, block prints, and etchings of plants? 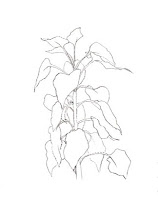 They don't thrill me; they're not hard to focus on, but they don't evoke much of anything in my heart and soul other than the word "nice."

Nor does Kelly's sculpture. He has made 30 sculptures in 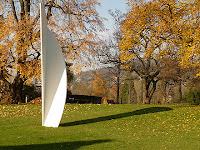 wood throughout his career -- at total of 140 sculptures. The sculpture in the photograph, is called "White Curves." It's  made of white aluminum and decorates the garden of the Fondation Beyeler in Riehen, Switzerland.

Finding myself uneasy because there are references to this artist being inspired by Monet, I researched, and learned that Kelly hung out with with composer John Cage and dancer Merce Cuningham, both well-known for serial music and serial choreography.

As I read on, I learned more about Kelly's style. All the art critics praise him to the skies,  his abstractions, his vision of life in terms of colors and shapes.

The very articulate NY Times critic said -- "Mr. Kelly has spent much of his career romancing the vaunted monochrome in Modernist painting. He has approached this absolute without reverence or irony; it is simply the main building block of his art ... The results are not so much paintings as crisp, flat objects devoid of spatial illusion. Yet the best of them are so perfectly made that we tend to forget about their physical nature, concentrating solely on their visual effects instead. Their perfection creates an aura of eternal newness that can sometimes seem antiseptic but just as often is central to  their power."

And I just blink and sort of skim Kelly's art.

Okay, I was connected to Modern Dance, as a choreographer, but I created movement that related to ballet, not Merce Cunningham or Martha Graham. My taste in painters and painting isn't classical or any era or any one style.  I like Monet, Chagall, Gauguin, and Picasso -- Pablo Picasso's  mixture of color, dream-like fantasy -- his distortions of reality create abstractions that I can't explain with words, but enjoy studying again and again.

I find it difficult to find significance, or beauty, or any reason to focus for more than a minute on Kelly's work. That's why I kept looking.

Wow -- I finally found this.

What Ellsworth Kelly himself says -- what he explained here, enables me to see his art --  not just skim it and toss it out the window -- take time and see it  -- SEE IT, and like it.