WILL WE GET A ZIKA VACCINE?

Zika fever comes from bites by the daytime active "Aedes" mosquito. The name is from the Zika Forest of Uganda, where the virus was first isolated in 1947.   Zika fever is related to dengue, (pronounced "deng gee"), yellow fever, and West Nile viruses; it often causes only mild symptoms, It is treated by rest. 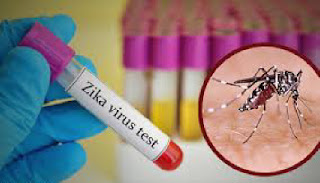 Updating you on news I'm sure you have been hearing in dribs and drabs: In Brazil, already hugely affected by the virus, there's a lot of spraying of insecticides, while fifteen research groups are working on developing a vaccine.

President Obama asked for $1.8 billion from Congress to help fight the looming Zika epidemic, but Congress ignores, and usually stymies his requests. Pregnant women are being advised to avoid affected regions; women living at the center of the epidemic in South America, are told to avoid getting pregnant for up to two years, though it's a predominantly Roman Catholic region; there are thus far, 4,222 cases of Microcephaly, (babies born with small heads, a birth defect that can lead to severe brain disorders, as well as early death.)

This baby's head is being measured. I picked this picture because the baby is sweet and attractive looking. Most of the other photos are disturbing, shocking. 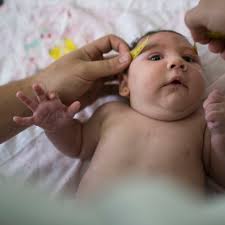 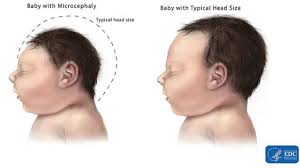 There is a possible solution. A British company, Oxitec has developed a genetically modified mosquito that could wipe out the Aedes -- it passes on a self-destructive gene that kills the insect's offspring at the larval stage. Labeled the "Robo-Frankenstein mosquito" by its detractors, it successfully wiped out 99 percent of the target population when it was released into Brazil's streets during a 2011 experiment. Using this genetic option is increasingly attractive as the air travel to Rio for the Olympics in August, and climate change allow other dangerous illnesses to spread into the northern colder climates. Even so, scientists are divided about whether eliminating mosquitoes is worth the risk of unintended consequences for the ecosystem.

It's a ticking time bomb; more than 10,500 athletes and 600,000 spectators will arrive in Brazil during the summer for the 2016 Olympics. Brazilian officials say Zika is under control, but a growing number of female athletes have said they may avoid the games. Also, August is winter in Brazil, but in many other countries August is midsummer. It would take only a few visitors to contract Zika and carry the virus back to their home countries. The rapid spread of Zika via the Olympics, says highly respected investigative journalist, Kamran Khan, "Could occur as the result of even one chance event."

This beautiful little girl is Laney. She was born with Microcephaly. She is 13 years old now. 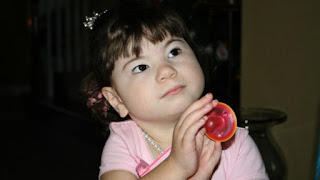 Her mother said, "I went through a grieving process and was praying for a miracle that my daughter will get better. But instead, I got better and I learned to accept the child I have. Laney cannot walk or talk or feed herself, and she has a feeding tube in her stomach. She can crawl on her own and push buttons on her favorite toy, and she enjoys riding horses as part of her therapy. She is growing towards the end where her brain has a lot more problems, but that doesn’t make her value any less. She’s a gift to me.”

Hey, as I finish this update on Zika, my head is bowed. I hope that scientists will do something about this --  DO SOMETHING ABOUT THIS, SOON.

Em and John Cullum have two landlines. You can reach John on his cell. It's not a smartphone, but he carries it when he goes out so that he can stay in touch with Em. His managers, are pressing him to get a smartphone. 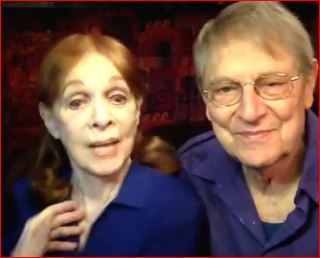 Though Emily realizes they are old-fashioned, she delights in maintaining their landlines.

Is, or isn't John going to get a smartphone?