Smartphones are cherished by 3.5 billion people and used about 110 times a DAY by most people, according to Google.

In Newsweek, journalist  Kevin Maney predicts we are going to rely less on our phones!

No way Jose, I found myself thinking as I read his article.

I've written about cell phones every year since 2010, when the media reported that phones had the same level of frequency radiation that had killed lab rats. In 2011, I  wondered if phones caused  brain cancer. "Dear Darling Phones" from 2012, was written because everyone I knew had a phone. In 2013, I quoted Carrie Underwood -- "My phone is my best friend, my life line to the world." Since 2014, I've  mentioned more than a few times, various new apps for your smartphone, that manufacturers promise will run our lives better, more easily, more safely.

Well, Kevin Maney, a highly respected tech writer, explains that our attention is already shifting from the screen in our hand, to the sky above. He quotes a December survey that says five years from now we probably won't be using smartphones. People will access apps in more convenient ways. Like cars, for example -- they'll connect to the network, respond to voice commands, display lists and maps on the windshield. Like banks or iTunes -- you’ll just say "pay electric bill," or "play this week's hit song."

Apple's Siri, Google Now, and Amazon’s Echo are already heading in that direction -- no phone is needed. The technology is still rudimentary, but The Cloud and artificial intelligence will soon enable us to use other devices -- smartwatch, eyeglasses, touch-screen kitchen counter, car-- or Nest, Fitbit, Occulus Rift, or a gizmo implanted under your skin that responds to voice commands. No more user names or passwords -- your ID will be your voice, face, or fingerprint.

A top Google executive said, "We won't use apps the way we do now.  The goal has to be to 'de-silo' -- unbundle apps -- so Google, Siri, or Echo can mix and match app services to do the task you requested. What will you carry around? Some small gadget -- a pocket screen for watching videos, news stories, and taking pictures -- it'll merely be an adjunct -- you won't need a smartphone."

Gee, -- no more looking down at a little screen?  We'll see real people?  We'll sit next to a person on a bench, and say "hello," "how are you today," or "nice weather" and chat? 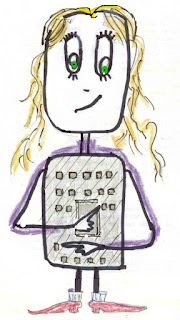 It could be an adventure, learning to connect to folks and relate to other guys with words you actually, out loud, into the air  S P E A K. 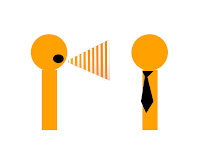 John Cullum and Emily Frankel wonder how they'd react, if they were Aliens--to what they see on the streets of New York City. 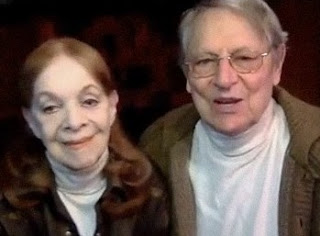 It is something they've wondered about before--so many people rushing somewhere with their heads bowed, looking at the gleaming gizmo in their hands, or talking, reacting to something they're hearing on some other invisible appliance.