(VIDEO) WHAT ARE YOUR GUILT BUTTONS? 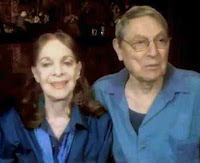 The subject makes John uneasy. Things that made him feel guilty years ago, still fester.

Emily pulls a window shade on her own wrong-doings, but wishes she'd been a better Mom.

No doubt about it -- John and Em have similar sense of guilt as parents. Both of them wish, while maintaining their careers, they'd been able to spend more time having fun with their son, JD.

Artist Jeffrey "Jeff"  Koons -- if you haven't heard of him, you're hearing now. 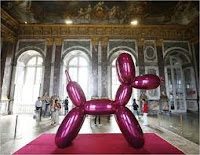 He's everywhere -- name-drop the major, most prestigious museums in the world, they've displayed his "Balloon Dog," (reproductions in stainless steel), his gigantic "Popeye" and "Hulk," (in wood and bronze); also his paintings and his "Michael Jackson" sculpture in porcelain and gold.

The 57-year-old artist, from York, Pennsyvlania, is heralded by some critics as a pioneer. Others dismiss his work as crass kitsch. A recent NY Times article on Koons quoted a famous art critic, who called Koons' art -- "cat excrement."

Gee whiz, eek, is my instinctive reaction to the dogs, and tulips, to the fact that he has as a studio in NYC with 90 assistants, (yep, 90 helpers), who create sale-able reproductions of Koons' works, using paint-by-the-numbers techniques.

Yep, art lovers love 'em, buy 'em, but I'm not an art critic. I'm reacting to what I feel, and don't like about Koons' York, PA mentality. It's prejudice based on my growing up years in Harrisburg, PA, with kids like Jeff, noting from class reunion letters what they aren't and ARE -- for many of them, money is God, is status, the true measure of success -- the most important thing in life.

Okay, Koons is representing something about today's world and culture, but gee, the miles, the worlds apart, the head-shaking difference between Koons and Matisse.

Why Matisse? Well, a Matisse painting was accidentally (or purposely) displayed near another article on Jeff K.I don't know why some things don't move me, and other things, like this does.

Maybe  it's just a cup of tea sort of thing  that I tried to explain a while back in this blog -- if you have time, click and visit --  Picasso, Matisse, and Tim Burton
Posted by em's talkery at 4:00 AM 7 comments: 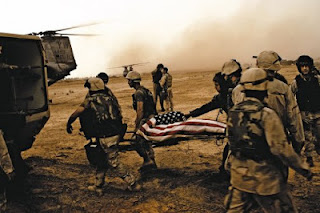 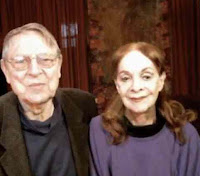 The Cullums hem and haw. Of course they LIKE each other. They find themselves wanting to describe what they LOVE and avoid repeating compliments they've given each other before.

What they LIKED about each other initially -- looks, manners, talents and abilities -- the things that brought them together -- haven't changed at all.