CAN WE CHANGE THE WEATHER?

The storm is fierce. A tiny Piper Seneca is circling 7000 feet high, at the border of Montana and North Dakota,

On the ground, Wayne Mrnak, a sixth-generation North Dakota farmer, studies the sky. The color of the clouds tells him there's ice in the storm's core. It could mean a death sentence for his 6,000 acres of wheat, barley, corn, and sunflowers. Wayne says, "We've had hailstorms here where in mere minutes, millions of dollars of plant material can be smashed to bits. It's a crop's version of death by stoning." 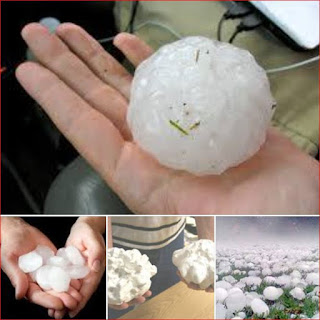 'North Dakota is hail country. Moisture from the Gulf of Mexico streams north, and creates massive thunderstorms. About 90 percent of of the state's land is covered by crops or used for cattle ranching.  In this region, hail can tear shingles off roofs, pock cars as if they're being sprayed with a machine gun, create drifts 6 feet high. Ice chunks bludgeon to death birds, cows, and people. Hail causes about $1 billion in crop and property damage annually.

The Piper Seneca's pilot is preparing to fly into the storm to discharge chemicals. It's "cloud seeding" that can suppress the storm's ability to produce hail.

The pilot in the plane radios her bosses -- "It is so turbulent that my seat belt wouldn't even stay fastened."

The 22-year-old pilot, Steffany Royal, turns her plane away from the storm. Her employer is Weather Modification Inc. (WMI), one the world's largest weather modification companies. WMI planes are equipped with silver iodide flares that sit in racks under the wings. When silver iodide is dropped into clouds, water vapor clings to it, jump-starting the formation of raindrops and would be ice particles that become hail.

Mankind has tried to harness and control rainfall since the lst century. Greek historian Plutarch hypothesized that rain followed military battles. Napoleon believed volleys of gunfire could bring rain. In the late 1800s, our Congress bankrolled a project to initiate rain using an elaborate system of kites and homemade mortar (an explosive device). After World War II, many North Dakota–bred fighter pilots returned to the farm to try what the Soviets were doing -- using rockets to seed clouds. The Dakota pilots called it Project Skywater. They sprayed clouds with silver iodide, and since then, though scientists have said there's no evidence their work enhanced rain or reduced hail, WMI pilots have flown in America, Argentina, Alberta. and built snowpacks in California and Wyoming, enhanced rain in Saudi Arabia, Turkey, Mexico, India, Morocco, and Mali, West Africa.

The Piper Senaca didn't flee. Steffany Royal again turned her plane. She raced toward the Cessna 340 that was piloted by a WMI co-worker, who had approached the storm from another, less turbulent path. As he turned on his burners, Steffany followed him, and began unloading her silver iodide.

It's not possible to assess if the dosage has an effect, but the storm weakened and within minutes it vanished altogether. "It was amazing," said Steffany.

Cloud seeding has been hotly debated. Some environmentalists are against it. It's expensive. "It's difficult to design, and carry on experiments to test it," said a senior research scientist at the National Severe Storms Laboratory in Norman, Okla. Steffany's pals at WMI say, "Not doing it is so disastrous that our clients are happy we do it."

On his ranch, farmer Wayne Mrnak, who feared he'd lose his entire crop, with his eyes on the sky said, "A thunderstorm can appear on any day. If I can only make it through the harvest, then I am golden."

Reading about Steffany in The Week Magazine  (excerpts about all this from an articles originally published in other prestigious publications), I went browsing in  'Scientific American, Physics.org, and Bloomberg.com. Golly, I'm fascinated as well as impressed. With all the doomful predictions about Global Warming, it seems to me that anything and everything that helps us fix, control, or modify weather may give us time -- gee, an extra decade or two would be 'golden.'
Posted by em's talkery at 4:00 AM 2 comments: 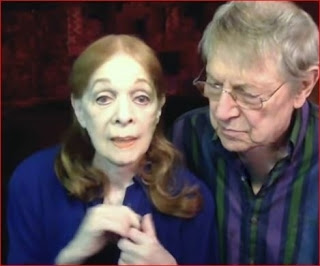 There are things they'd like to have a chance to redo -- projects they loved, that would be fascinating to revamp and do again.

Exchanging ideas has always been their way, continues to be their way of making career decisions.  So what's next for John and Em?