I wrote about Edison in my novel, "Somebody, Woman of the Century." My heroine, Cordelia, who was working as a radio reporter, after a spat with the man she loved, was hoping to hear from him. He socialized with Edison.

From chapter 32:
"Two days became four days, without hearing from Jackson. Was it already a week? Had she missed his phone call at the office? The date -- the day of the week was attached to names in the news, events in the lives of others. The 17th of October, Scarface Capone was sentenced to eleven years in the penitentiary. The next day, eighty-four-year-old Thomas Alva Edison died at Glenmont, his home in West Orange, New Jersey. Realizing it was a personal loss for Jackson, she couldn't help wondering if he'd be at the funeral.  Newspapers and radios announced that all nonessential lights throughout the country were going to be extinguished for one minute during the evening of October 21st, as a tribute to Edison. Was it Jackson's idea? It could have been.

"The date happened to be the 53rd anniversary of Edison's most famous invention -- he was the father of incandescent light, and much more, so much more. The time for the blackout was 9:59 p.m. Cordelia was thinking she might write a tribute to the inventor. Of course you couldn't ask the nation to play an Edison record at 9:59 p.m., on their Edison phonographs. Or arrange a nationwide turn on of all radios. Most people wouldn't realize that their favorite radio announcer was using an Edison microphone, that stock market ticker tapes, flashlight batteries, camera film, the electric locomotive, composition brick, automobile electric starters, all that -- and more than a thousand other inventions which affected people every day of their lives -- were Edison babies. The day before he died, he'd been working on a process that turned goldenrod, the common backyard weed, into synthetic rubber. Would the world be riding on goldenrod tires someday?

And me, Em the writer-blogger -- I can't bring myself to throw out TIME Magazine, JULY 5 2010, and an article by Bryan Walsh, a deep-digging researcher whom I also admire, from whom I gleaned what follows.

"At Martin Luther King Jr. Elementary School in Washington, children in the third-grade class bend over model cars designed to run on solar power. Working with a team of professional scientists from NASA and other federal agencies, they're putting finishing touches on the cars -- learning the way all trainee scientists  learn -- through the sort of dogged trial and error that has always been the preface to American invention, a method Thomas Edison helped pioneer.

"Edison  patented 1,093 mechanisms and processes, devices that would give birth to three enduring American industries: electrical power, recorded music and motion pictures -- it's as if he  spent his career inventing the biggest things, things that for me define  20th Century."

Reading on, I learned that after three months in school, Edison was taught by his mother at home, where he put together a chemistry lab. As a working teenager earning dimes as a railway newsboy, Edison spend $2 (nearly two days pay) so he could enroll in the Detroit Public Library. At 16, he was an itinerant telegraph operator for Western Union. In his  early 20's he was creating his first inventions -- forms of telegraph equipment. In Boston, he attended public lectures at the new Boston Tech, which later, became the globally influential Massachusetts Institute of Technology. In the 1870s, he created his own inventor community in Menlo Park, N.J. The laboratory and workshop -- his "invention factory" -- Edison once boasted, was the place where he and his team could develop "a minor invention every 10 days and a big thing every 6 months or so."

That's a rate that would suit Steve Jobs, and kids today. And it astounds me. 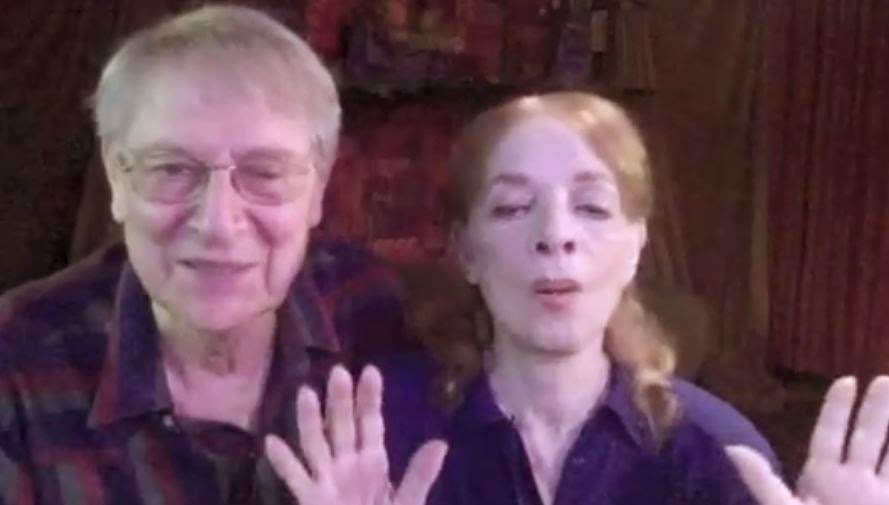 The minute Emily Frankel mentions "worst audition," John Cullum sings the chorus of "Luck Be a Lady Tonight," and describes his visit to the neighborhood bar, the drinks he had to brace himself.

John explains how he sang, when he was quite drunk, "There But For You Go I," for Allen Jay Lerner, Moss Hart, and Franz Allers, the conductor, who were casting for the musical "Camelot."

It's one of those stories that husbands and wives tell each other more than once, as they recall major events in their lives.