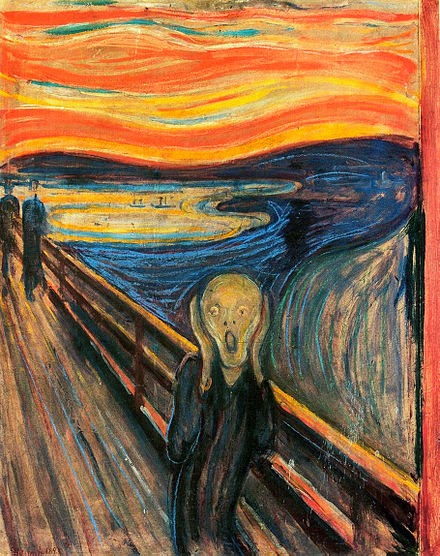 That aliens are already here? Sure, it's in the worry corner of my mind, along with suicidal terrorists, bus drivers mowing down pedestrians, nuts with guns -- along with  wicked weird weather, over population, running out of breathable air, food and water -- yes, I worry, but what can I do about any of these things?

While trying to pray, I'm shivering. What I fear more than anything is the MONEY MEN.

This book, written 15 years ago, and lots of other books have warned us. They've explained why we need to beware of the super rich, kingpins, CEOS, who can afford to buy, create, or find new ways to control the world, use the world's resources -- the land, air, clouds --  the stock market, wars, elections, oil, coal.... (Add to this list whatever is on your mind. Behind the scenes, the MONEY MEN control wages, immigration, guns, education, fashion, cosmetics, art, pop music, movies, sports -- name anything that you want, like, need -- the MONEY MEN control it.)

No. They're big beyond "big" and complexly interconnected. Masons, Illuminati, Koch Brothers -- famous names, and the names behind the famous names -- these guys with their legal teams created super SuperPacs that are already working on the next election, and have found legal ways to spend as much money as they want on getting what they want.

Who are they?  They're on Forbes' list, CNN, and New York Times lists -- you'll bump into  Gates, Bezos, Zuckerberg, Page, Buffet -- ten, twenty names you recognize who are affecting everything.

A long time ago I saw a film, "The Naked Jungle," starring Charleston Heston and Eleanor Parker.  He was running a plantation that got overrun by ants -- the "marabunta."

Whoa! They can't eat up me or you, if you hold onto what you believe in. Your thoughts drown the marabunta MONEY MEN, and flush them away like debris.

The only way to stop them is to think for yourself. Think yes or no, right or wrong, good or bad, I want  or don't want, I like, dislike, I believe, disbelieve. Don't trust ads, movies, news, facts, percentages, pronouncements -- keep track of, DON'T BUDGE -- stick to your own thoughts.