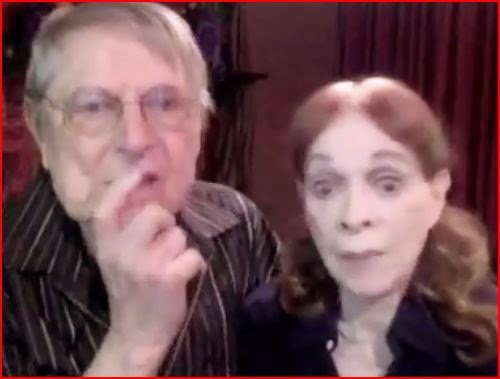 Emily recalls John's fantastical obsession with the pigeons who chose our bedroom window for their home.

How John handled the noise with creative efforts, and help from a stagehand, still amazes Em, who reminds John of all the things he tried that never worked.

(We made this video almost two years ago, and the pigeons more or less disappeared. Alas, now, in May 2015,  the pigeons are back.}

See the name, right now just say her name and you smile, and feel her energy. 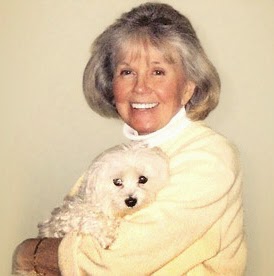 I am searching for a right word, a more important word than "astounds" me. Her singing, her acting, her perfect speaking voice, her dancing -- the way she created truth ... Whatever character she played seemed loving, lovable, real --astoundingly real.

No need to try and list my favorite Doris Day films, or songs, or moments that Doris Day gave me that live in my mind. You have probably seen her. I figure you KNOW she's astounding.

The other night, for the first time, I saw the film "Jumbo"-- the Rogers and Hammerstein musical that was released in 1962.

Doris played Kitty Wonder, co-owner with her Dad, (Jimmy Durante), of the Wonder Circus. It was on the verge of bankruptcy, due to Dad's gambling. 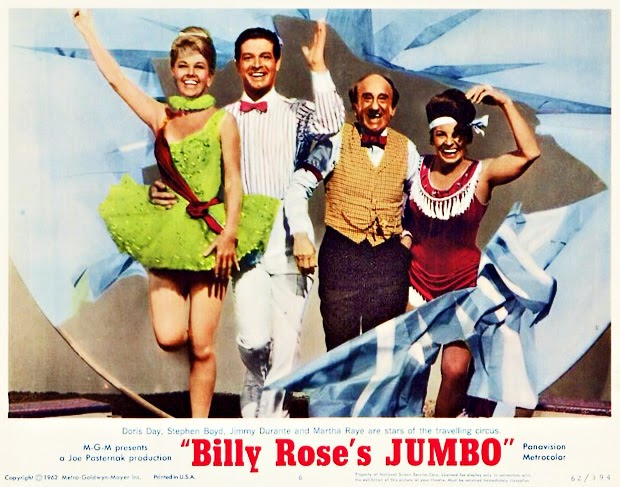 A big rival, Noble Circus, wants "Jumbo," the Wonder Circus' amazing elephant. Noble's owner insists that his son Sam (played by Steven Boyd), get a stage crew job helping Kitty. Sam falls in love with Kitty. When Wonder Circus is shutdown, all of its assets are confiscated, including its star attraction, the incredible elephant, Jumbo.

I browsed around, and looked at current pictures, as well as ones of Doris in her younger days. 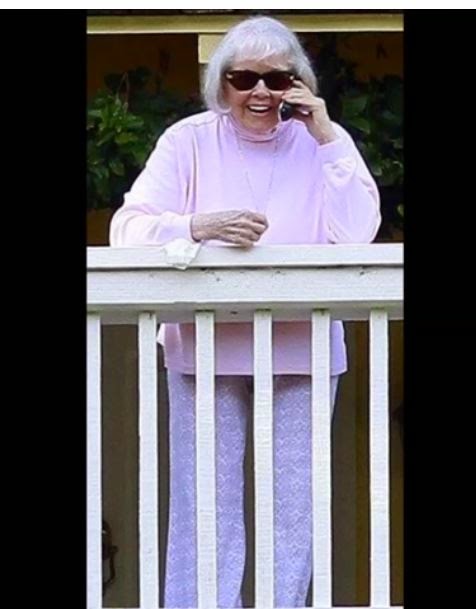 Here she is on her porch greeting guests -- the huge crowd of fans that arrived for her birthday last year, to sing Happy Birthday. 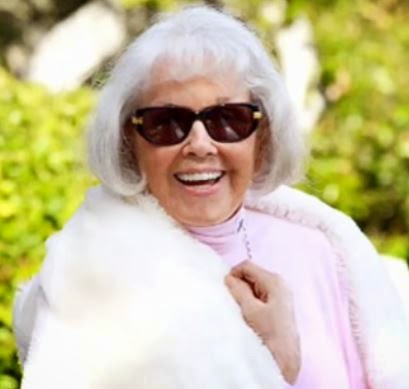 Well... as you remember her in her film days, you cannot help judging her as an older woman.

This is her, from a film that was made at her 90th birthday party. Her guests stood up and cheered, and gave her a standing ovation. Doris remained seated. But her gaze -- her real contact with those who approached her with gifts and loving words and autograph books -- was strong, sincere, energetic.

Dear Doris Day, please stay on the earth for another ten years or so, so that the younger generation, the very youngest, newest generation, can see you as you began and the triumph of you now.