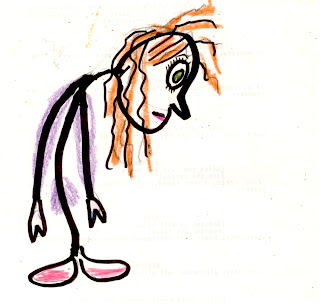 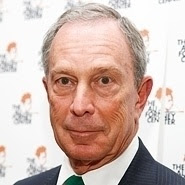 CAN YOUR THOUGHTS TURN A KEY? 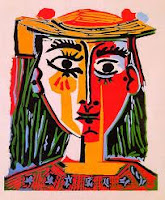 Can your thoughts flip a lever, push a button, or open a valve?

When I began to read an article in TIME about the latest advances in thought control, I thought it was spooky talk about magicians like Houdini.

Nope. A plain regular man has demonstrated that he can te 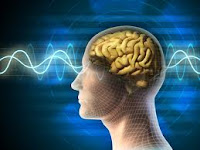 ll a computer, without touching the keyboard, to open and close valves. He's a manager at Ontario Power Generation, a nuclear plant on the outskirts of Toronto.

This guy can do it if he's wearing a device strapped to his arm that measures the ebb and flow of brain activity. The device, called the "BodyWave" is an iPod-size tool with three sensors that touch the skin and detect levels of neurotransmission -- ALPHA waves (your aware-but-relaxed waves), DELTA sleep waves, THETA, daydreaming waves, and BETA, your brain processes.

Alpha, Delta, Theta --the Greek terms turned me off. But by measuring these three waves and your brain processes, the BodyWave device can determine when your concentration has peaked, and you are primed to make an important, split-second decision -- for instance --when to use the scalpel during an operation, when to make a stock trade, when to putt on the 18th green.

I have to admit, I'm enthralled by the idea that the mind can do this. If people praying -- if prayer could make a difference ...? Is science on its way to proving that prayer can make a difference?

Apparently measuring brain waves has already been used at NASA (National Aeronautics and Space Administration) for training pilots operating supersonic planes. At NASCAR (National Association for Stock Car Auto Racing) it's being used for training the crew in a pit, so that tire-changers, by focusing, will be able to remove five lug nuts in one second.

Measuring your focus is known as EEG. (Electroencephalography). When you get red-face 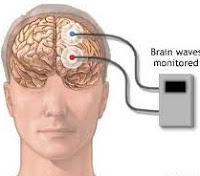 d because you're embarrassed, it's a moment of intense concentration. Sensors can register it.

The electrical charges that occur in your brain when you're concentrating on something, means neurons are firing in synchrony. It produces a unique electrical signature that can be measured. When you stop concentrating, the synchrony breaks and the signature changes.

(So it's like the famous s "Rockettes" in a line kicking one leg--if one of them didn't get her leg up in unison with the others --wow, you'd notice it instantly).

It isn't terribly complicated. The Body Wave measures when the neurons change from synchrony. The device is plugged into a USB port; the computer can say if you are focused or
thinking about what to do on the weekend.

It would be great to know when you are concentrating, and when you are drifting, but, at present, the BodyWave has a flaw --it transmits data to a computer screen that shows if you're falling asleep, but there's no sound, or light signal that warns you to stop before you do something stupid. The inventor of the device, Mr. Freer, is a tinkerer and he's still tinkering, certain he can fix this problem.

Concentration -- how long I can sustain a thought -- golly, standing on one leg with a powerful spot light on you -- it takes huge concentration. Working on this post for my blog, my stomach's rumbling -- I notice a hangnail, look at the clock -- yep -- my mind's wandering -- I'm wondering what this post will mean to my readers.

"Stop!" I yell at myself, but I've been working for a couple hours. I know from novel writing, that I can concentrate intensely for about 30 minutes. I know that on a stage, dancing Mahler's Fifth Symphony, I concentrated for an hour. But novel writing and performing are things I've practiced for years. If I was attached to a device measuring my synchrony, right now, I bet it would tell me, "Enough said -- you're done, post this on your blog for readers to chew."

Is the BodyWave something you or I would want to buy? If we practiced, could we become a super concentrated person? (An "Avatar" is the term used in this video clip.)

Click and see what Freer's company says about it.