November 1, online mail-order pharmacy "Hims" launched "Hers." Entrepreneur Cindy Eckert, founder of "The Pink Ceiling.com" which invests in products for women, is hugely marketing the pink pill which the New York Times calls "The drug of a generation." 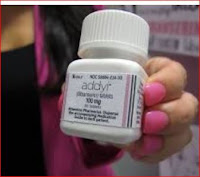 Approved by the Food and Drug Administration (FDA), Addyi is engineered to rev up the sex drive of premenopausal women.


Unlike Viagra, which has physiological effects on men’s genitals, Addyi works on the brain. It was originally researched to treat depression. Flibansering, (generic name for it), increases production of dopamine, the neurotrans-mitter that governs motivation and anticipation, and regulates serotonin, which governs self-consciousness and mood.

Critics opposing FDA approval of Flibansering have said, “There’s no way to measure dopamine-serotonin," but the website refers to brain scans which prove that many women have a hypoactive sexual desire disorder, (HSDD)--the loss libido, which is what Addyi treats. 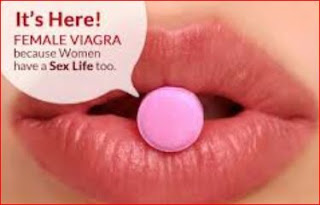 Visitors to the mail order website are asked, "Would you like to increase your sexual desire? Why do you want to increase your sexual desire?" Then, they are directed to another website where they connect with a doctor. After a telemedicine conversation, (a phone consultation or video chat), the doctor can prescribe Addyi to be delivered to the customer’s door. The manufacturer's price of $800 per month has been reduced to $400 per month; $99 if users don’t have insurance.

Addyi should be taken every night. Users should not drink Alcohol. It comes with a black-box warning, the strictest of the FDA’s caution labels, which advises users to abstain from “things that require clear thinking” for six hours.

The voice on the website suggests the #MeToo movement, as it uninhibitedly refers to intimate experiences and reminds the user that when things deteriorate in the bedroom, the marriage may deteriorate.

User Michelle Wilson, 47, of Florida, who has been on Addyi for 20 months, is quoted, saying that since starting on Addyi, which she takes every other day,  her sexual frequency has increased from once a month, to at least once a week.

There are 20,000 certified Addyi prescribers in the U.S. The drug is about to launch in Canada.  Cindy Eckert is working on launching it in Europe.

Note:
My facts about the actual pill are gleaned from the scathing, shocking diatribe in "Time Magazine," by Belinda Luscombe, senior editor, who goes on and on (it gets boring) about entrepreneur Eckert as a money-hungry huckster whose heart, soul and shrewd handling of facts, is promoting a pill that according to many should never have been approved, but blogger Em bets it'll continue selling like hotcakes.
Here's the link https://bit.ly/2TDJCGq.