WHO WAS THE GUY IN EDINBURGH? 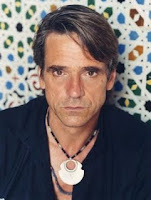 He was good-looking and very bold. I was wearing a striped black and tan, tight-fitting jersey dress. Great dress -- on a world tour with my dance company, I had to wear things that didn't get wrinkled.

In England and Scotland, my Dance Drama Company presented only four ballets. I appeared only at the end of the evening in "Romeo and Juliet," which Todd Bolender choreographed for me. I was training myself to be a stronger artistic director. Using a small tape recorder, I sat in the audience every night, watched the first three ballets, and whispered notes -- notes I'd give the dancers the next day. Not easy notes -- I expressed my real feeling, preparing to tell the truth to each dancer about what he or she was doing poorly and how to improve it.

At intermission, I'd race backstage -- don my costume, check makeup and hair, and head for the stage.

My "Juliet" got raves in Scotland, but in England the major ballet company had just premiered a full length version of the famous tale of star-crossed lovers, and London was in love with another Juliet, a famous new prima ballerina.

I needed morale boosting. After the show in Edinburgh, I sat with a few of my dancers in the hotel lobby, and had a drink, before phoning my husband, John Cullum, in New York. He was in a show. The time difference was weird. It was very expensive, but two minutes of I love you would cheer me up.

In the hotel lobby, the good-looking guy said "Hello --you're beautiful!" and after less than a minute of conversation, he smoothed my dress. Yes! He ran his hands down the sides of my striped tight dress as if he were molding my shape out of clay, and told me very nice things about the look of me. The specifics? I don't remember them, but he was very direct about inviting me to sleep with him.

I ummed -- probably mentioned that I was married to an actor in NY, but I was drinking a martini. What I do remember is that he was playing "Romeo." He named a famous theater in Edinburgh and suggested we meet after his matinee in his dressing room.

Did I say yes? Did I say no? I thought YES I will. I thought WHY NOT? Every evening after his show, my husband went out with his fellow actors and actresses. Was I worried, and jealous -- YES -- if you're married to a John Cullum, the best looking man in the world, you worry.

So I hemmed and hawed and murmured "maybe" to Romeo, and excused myself. I phoned NY. John was home. We talked and talked -- the bill was $76.00.

What happened? Well, I still have the striped, black and tan, tight-fitting jersey dress and it still looks good on me.

Yes, the next day, I thought about Romeo. I wasn't sure what his name was but the local papers raved about the young actor playing Romeo and said he was on the way to becoming a major star.

I spent the morning going over my taped notes, and delivered them to my company in a strong voice during the rehearsal that I scheduled for 3 to 5 in the afternoon.

I didn't know who Romeo was -- not really, not for sure, until I saw movie "Damages." Here's the trailer.

Yes, Romeo in Edinburgh was Jeremy Irons. (Like JC says, " Win some, lose some, some rained out.")
Posted by em's talkery at 4:00 AM 8 comments: 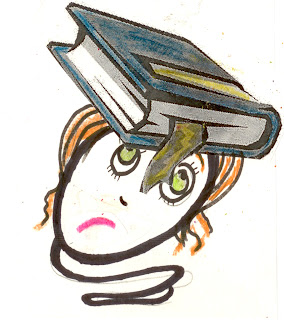 Yes, CRUMBLING, while pronouncing names I never heard of till today -- people, places so down under, I can't even locate 'em on a map.

I'm not a sap, but gee, what I can't retain gives me pain, not just a headache, a sense of woe that won't go away, not today! Not when I'm in an overload mode.

It's a deluge of information -- constipation of a mind that can't find or see what's the priority for me.

OWS? POW'S? NOW issues? Candidates yapping and scrapping. The do nothing congressional freeze? I can't sputter, mutter, sneeze, shout, spit out what's worse, or who to curse.

Overload has corroded my brain's neurons, sensors, cells -- anything that tells me that my conclusions are delusions.

I'm confessing that I'm obsessing -- I'm out of whack! Despite my agility, I lack the ability to stop who's who-ing -- drop what's doing.

Yep, I'm thinking in rhyme because I'm not fine when I can't make sense of this nonsensical mishmash of trashy WHAT? 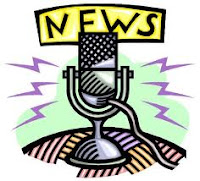 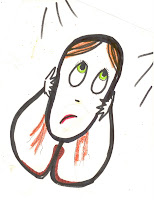